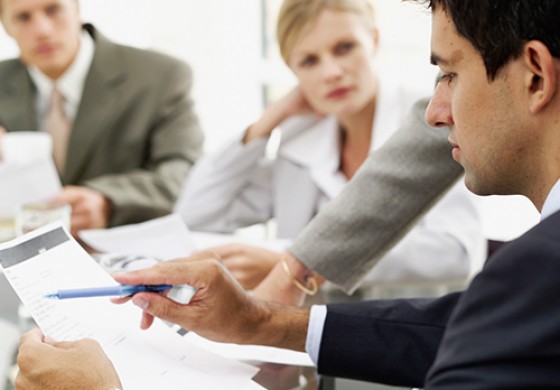 It happens the best of us, you know.

Do you worry about the disciplinary procedures in your workplace?

Have you been told about the eye watering, stomach churning awards when the inevitable unfair dismissal claim comes on for adjudication?

A badly executed workplace investigation can prove to be a costly affair. It’s vital that it is carried out properly to prevent claims for unfair dismissal, and other causes of action.

Statutory Instrument 146/2000 gives us a statutory Code of Practice for Grievances and Disciplinary Procedures.

However, it sets out the broad principles which should be applied in a disciplinarily procedure.

But the mechanics of carrying out the investigation fairly have led to frequent challenges from the employee, claiming that they have not been afforded fair procedures or natural justice.

Such challenges have been the subject of consideration by the employment related fora, such as the Employment Appeals Tribunal, Labour Court and Workplace Relations Commission, and the Courts.

The High Court has adjudicated in many disputes surrounding employment related matters such as breach of contract, applications for injunctions, and the procedure which was used to dismiss an employee.

Let’s take a look at some of those High Court decisions and see what we can learn from them, shall we?
Let’s face it: if you are carrying out your investigation and/or disciplinary procedure in accordance with the findings of learned Judges of the High Court you are going to be on pretty solid ground.

This is a December, 2012 decision involving a harbour master in Killybegs who was dismissed from his position by his employer. Read the full decision here: [2012] IEHC 558 .

One of the interesting findings in this case by J Hedigan was that the the full range of fair procedures do not apply at the investigative stage.

There is no fixed model for fair procedures that is applicable to all circumstances. What is required in one instance may differ from another. In National Irish Bank and the Companies Act 1993, l.R. p. 145, Shanley J., subsequently upheld by the Supreme Court, dealt with an investigation by inspectors which was a two stage one. The first was an investigative stage, the second a hearing stage. In distinguishing in Re Haughey [1971] I.R. 217, Shanley J. at p. 168 held that at first stage, the inspectors could not be compelled to produce documents to the respondent nor was he entitled to any documents or to the facility of cross-examining any person at the initial stage.

I gratefully adopt this dictum of the late Shanley J. It is fairness and justice which is to be sought in any investigative process and it is to the process as a whole that the Court must look to determine if those basic requirements were met. The requirement of fairness and justice will vary from case to case.He further found that there cannot be bias, either subjective or objective, where there is no adjudication.

He also found that the requirement of fairness will vary from case to case.

In summary, the rules of natural justice do not apply where it is a pure investigation and there are no findings arising from it. Nevertheless, it is still advisable to afford natural justice and fair procedures.

And if the investigator is allowed to make findings then the rules of natural justice should be applied.

This decision, and J. Hedigan’s findings, is encouraging from the perspective of a small employer with limited resources. It recognises that the circumstances of each case should be looked at when assessing the granting of fair procedures and natural justice.

Even if there are infirmities in the methodology of the investigators (and I express no view on that issue) and even if those infirmities may have affected the contents of their report the fact remains that the recommendations of the report do not, in the words of Kearns J. in Morgan “amount to a sanction” and therefore Haughey rights do not arise.

Clarke’s reference in the extract above to the Morgan case is the case of Morgan v. Trinity College [2003] 3 IR 157, which is well worth a read in any consideration of the law as it applies to investigations and disciplinary procedures in the workplace.

First, in conducting a process to determine whether the plaintiff should have a serious sanction, including the most serious sanction available, namely, dismissal, imposed on him, the defendant must act in accordance within the terms of the plaintiff’s contract of employment, including the implied term that the plaintiff, as employee, is entitled to the benefit of fair procedures (Glover v. B.L.N. [1973] I.R. 388). However, it is well recognised that what fair procedures demand depends on the terms of the plaintiff’s employment and the circumstances surrounding his proposed dismissal (Mooney v. An Post [1998] 4 I.R. 288).

It is not to be inferred from this decision that I consider that it is not appropriate for executives of the defendant who are involved in the human resources aspects of the defendant’s management to conduct the type of investigation which was conducted in relation to the plaintiff. Nor is it to be inferred that I am of the view that the person or persons who conduct the “thorough investigation” to be conducted under para. (iv) of the Disciplinary Procedures in all cases should not be the decision maker as to whether the conduct of the employee being investigated warrants a serious sanction such as dismissal. A one stage inquisitorial process may be appropriate in many cases.

It is worth noting that J. Laffoy considered that A one stage inquisitorial process may be appropriate in many cases.

In this case, J. Barrington held that the principle of “nemo iudex in causa sua” (nobody is a judge in his own cause) did not apply in all situations, especially employment situation where the employer judges the issue and is clearly an interested party.

“The terms natural and constitutional justice are broad terms and what the justice of a particular case will require will vary with the circumstances of the case. Indeed two of the best known precepts of natural and constitutional justice may not be applicable at all in certain circumstances. As the trial judge has pointed out the principle of nemo judex in sua cause seldom applies in relation to a contract of employment where the employer judges the issue and is an interested party. Likewise it is difficult to apply, to a contract of employment, the principle of audi alteram partem which implies the existence of an independent judge who listens first to one side then the other.”

Nevertheless, if you are an employer you should try to ensure that the investigator and decision maker are different people and have quite distinct roles.

This case is well worth a read in an consideration of disciplinary procedures/employment law in teh workplace. Read it here.

But in any event, as has been made clear by Barrington J. in Mooney, the nemo judex rule cannot apply in all its glory to all situations in the area of employment law. It is inevitable that often during an internal or in-house investigation leading to a dismissal the decision-maker and some or all of the investigators will have some form of contact, and that there may be communication of some kind about the issues involved.

It seems to me from the cases above that the courts recognise that what are fair procedures will vary from case to case, depending on the circumstances of each case, the contract of employment, the disciplinary procedure in the workplace, and the resources of the employer.

It also appears to be the case that there is a distinct divide between the investigative stage of any procedure and the disciplinary procedure.

How to carry out a disciplinary procedure in the Irish workplace-online course-learn more.