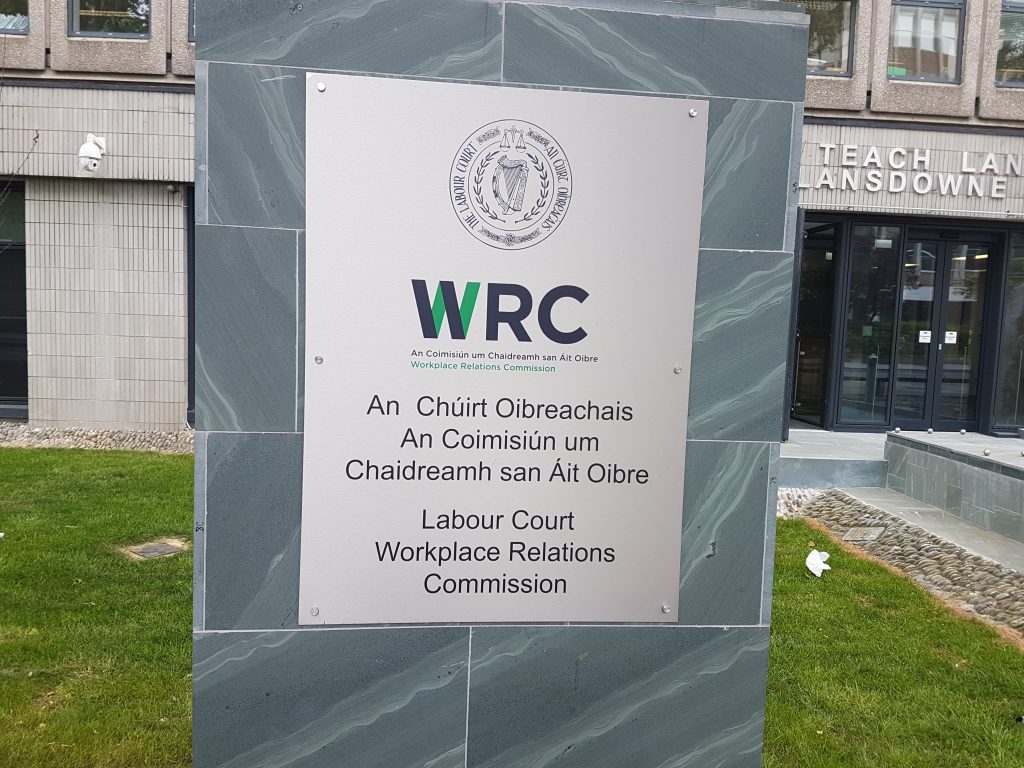 If you are not satisfied with a decision in the Workplace Relations Commission you may appeal the decision to the Labour Court.

The Labour Court is quasi-judicial and an adversarial forum (Donnelly v Timber Factors Ltd [1991] 1 IR 553). However, administrative tribunals such as the Labour Court are not bound as strictly as the criminal or civil courts in relation to the rules of evidence, including the rule against hearsay.

Each case is dealt with by a Division of the Labour Court; a Division comprises a Chairman, an Employer Member, and an Employee Member.

The time limit for an appeal from a decision of an Adjudication Officer is 42 days from the date of the decision. The day of the decision is the first day of the 42 days and time can only be extended in ‘exceptional circumstances’.

Labour Court business, unlike WRC hearings, is conducted in public and the Labour Court rules are set out in four parts as follows:

The Labour Court rules can be found here. They were updated in 2019.

The appeal is commenced by using a standard form and a copy of the Adjudication Officer decision. Three weeks later you must submit your written submission which is then sent to the Respondent.

Respondent then has three weeks to file a replying submission.

Both parties are required to send in pre hearing witness statements at least 7 days in advance of the hearing. These statements should state

Fitzgibbon v Law Society [2014] IESC 48 makes this clear, and the appeal body is required come to its own conclusions on the evidence available to it.

However, the party appealing must canvas the same claim, not an entirely new one. (See Dawn Country Meats Ltd v Hill DWT 141/2012).

The parties are expected, in their written submissions, set out

In essence, the parties are to set out their case in full and not focus on the adjudication officer’s decision or how he/she conducted the WRC hearing.

The hearing commences with the party bearing the burden of proof reading his submission; the respondent reads his submission and the parties are invited to comment on the other’s submission.

Eacn party then examinses and cross-examines each side’s witnesses and the Court may have questions for the witnesses.

Parties can represent themselves or engage the services of a solicitor/barrister/HR representative, or whoever he chooses.

A party can seek an adjournment in writing in advance of the hearing, after seeking the consent of the other side first.

The Labour Court has the power, pursuant to section 21, Industrial Relations Act, 1946 to summons witnesses if it so decides.

A party can appeal a determination of the Labour Court to the High Court on a point of law only.

(The above is a summary of what I learned from a paper delivered by Alan Haugh BL, Deputy Chairman of the Labour Court, at a Law Society CPD Masterclass on 9th March, 2018).