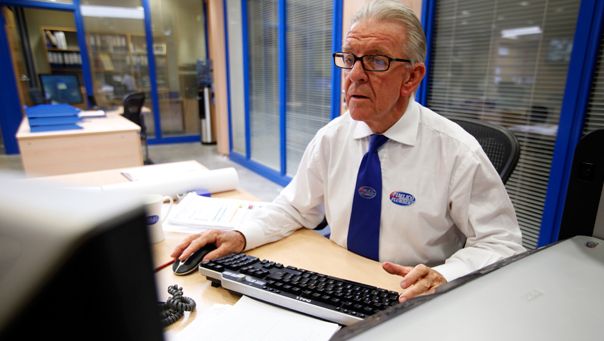 Are you being pressurised to retire from your job?

Do you want to continue?

Do you feel as fresh as a spring lamb? (Don’t worry about this one if you don’t).

The good news is that there is no general compulsory retirement age in Ireland, apart from in some fairly limited industries/professions. Therefore, unless it is set out in your contract of employment, or well accepted in your workplace by custom and practice, you cannot be forced to retire, or a claim for a discriminatory dismissal-on the grounds of age-may be open to you.

The Employment Equality Acts set down 9 grounds on which you cannot be discriminated against, and one of those grounds is age. However, the Acts also provided for certain exceptions and one of these exceptions is that it is not held to be discriminatory per se to set a retirement date for employees.

Nevertheless, employees regularly challenge such dismissals and it is useful to look at how the Equality Tribunal makes its decisions in this type of case.

An EU directive, 2000/78/EC provides that any differences in treatment on the ground of age must be objectively justified and reasonable. This directive is therefore inconsistent with Ireland’s national law-the Employment Equality Acts-when it comes to discrimination on the grounds of age.

The Equality Tribunal has held that this directive has direct effect when it involves a state body as the employer.

The High Court on the other hand has held in Donnellan v Minister for Justice, Equality and Law Reform [2008] that there is no obligation to justify retirement ages under the Employment Equality Acts.

The Equality Tribunal has asked employers to objectively justify the compulsory retirement and show how it is a legitimate aim of the employer, and that the means being used to pursue that aim are proportionate and necessary.

However, a recent (2013) decision of the Labour Court in Hospira v Roper and Others overturned a decision of the Equality Tribunal and decided that employers are not required to objectively justify age discrimination by way of enforced retirement. The Labour Court recognised that the exception to discrimination provided in section 34 of the Employment Equality Acts was a valid one on the grounds that it was reasonable and objectively justifiable, in the opinion of the legislators who put it on the statute books.

The law concerning compulsory retirement is not entirely clear or consistent with Irish employment equality legislation apparently at odds with an EU directive in this area. Furthermore, the Labour Court and Equality Tribunal appear to take slightly different approaches.

The safest approach from an employer’s perspective is to set out a retirement age in the contract of employment.

If you are an employee and are being forced to retire, you should, at a minimum, seek professional advice before ‘riding off into the sunset’.

Section 34 of the Act of 1998 is amended by the substitution of the following subsection for subsection (4):
“(4) Without prejudice to subsection (3), it shall not constitute discrimination on the age ground to fix different ages for the retirement (whether voluntarily or compulsorily) of employees or any class or description of employees if—
(a) it is objectively and reasonably justified by a legitimate aim, and
(b) the means of achieving that aim are appropriate and necessary.”.

This is generally done on the grounds of succession planning, that is, so that the employer can introduce new employees to the workforce and offer them promotion prospects etc.

Without the ability to set a retirement age this would be difficult as “new blood” would have restricted opportunities, and arguably the business would suffer.

Other acceptable justifications may include:

Section 4 of the Equality (Miscellaneous Provisions) Act 2015  makes a significant change in respect of fixed term contracts post retirement. You will see below that such contracts can be offered provided

This gives guidance to employers and employees as to how to deal with employees approaching retirement.

A WRC decision issued on 30th May 2019 offers a comprehensive review of the law surrounding forced retirement from the workplace.

The worker who brought the claim had worked in the same job from 1995 to 2017 and was forced to retire at age 65. He claimed he had been assured he could work as long as he liked.

The employer’s position was that the retirement age in the workplace was 65 and the claimant knew this.

There were extensive submissions by the legal teams for employee and employer. The WRC adjudicator was obliged to deal with all the cases put forward to support each sides case and did so comprehensively.

Ultimately, the adjudicator found that this was a discriminatory dismissal and awarded €18,000 by way of compensation.

The WRC, in December 2019, awarded a former RTE producer 1 year’s salary-€100,000-in a discrimination case based on the forced retirement of the employee. This follows a 2018 decision in which the WRC made a similar award to a former TV broadcaster who was forced to retire when she reached the RTE mandatory retirement date of 65 years.

To be clear the employer can fix a retirement date from the workplace, provided she can objectively justify the retirement age adopted. The age must be objectively and reasonably justified in pursuit of a legitimate aim, and the means to achieving that aim must be appropriate and necessary.

This is the test.

In this December 2019 decision RTE had attempted to justify the retirement age of 65 on the grounds of inter-generational fairness. This is the argument that any employer wishes to have fresh blood coming through in the workplace and new recruits will be motivated to a greater degree when the retirement age is lower.

The WRC held that a more appropriate means to achieve the objective could have been found and that it was unnecessary to refuse the request from this employee to remain on longer, past the age of 65, as other employees had been granted the request to stay on in the workplace longer.

For this reason, the WRC held that the employee had been “treated less favourably” and her claim on the grounds of discrimination succeeded.

What is the employer to do?

The employer should look carefully at his existing retirement age, if any, and ensure that he can objectively justify the retirement age in pursuit of a legitimate aim, and the means are appropriate.

She should also put in place a clear policy regarding retirement age and ensure that this age is provided for in the contract of employment. It is important that this policy is brought to the attention of all employees and that the policy follows the guidelines from the WRC, Industrial Relations Act 1990 (Code of Practice on Longer Working) (Code), which sets out best practice surrounding retirement.

The employer should also ensure that this policy is applied fairly, consistently, and indiscriminately in the workplace to ensure everyone is treated fairly.

The percentage increase of age-related claims to the WRC in 2018 over 2017 was 343% so this is an area employers need to be aware of.