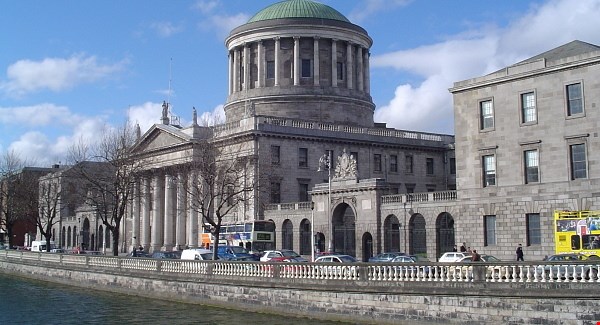 Are you an employer or employee involved in a disciplinary procedure in the workplace?

If you are you need to be clear about the rules that should apply to such procedures, including at the investigatory stage and the ultimate disciplinary procedure where a sanction may be imposed.

The High Court has recently handed down three decisions in relation to internal investigations and disciplinary procedures in the workplace.

And, unfortunately, the principles that you would like to be crystal clear about in relation to carrying out a disciplinary procedure in the workplace are not entirely settled.

Let’s take a look at the three cases, all of which are dealt with in the High Court over a short period of time in the first part of 2017, and you will see what I mean.

However, the HR company went further than merely carrying out an investigation-it also issued a report, presumably because they were requested to do so by the employer, and found against Mr. Lyons with respect to the bullying allegation made against him.

Mr. Lyons then brought an action in the High Court arguing that

The High Court held in his favour, which surprised many observers as it was generally understood that the full panoply of fair procedures and natural justice need not be afforded in the preliminary investigation stage of a disciplinary procedure, and it was sufficient if the employee had representation and could cross examine at the disciplinary hearing stage where dismissal was a possibility.

What distinguished this case from others, perhaps, is the fact that the investigation resulted in a report being issued and an adverse finding against Mr. Lyons. If the investigation simply investigated the allegations and decided whether there was a case to answer or not, and stopped there, then Mr. Lyons it may have been held by the High Court that he was not entitled to legal representation and to cross examine witnesses.

It is quite clear to this Court that the proceedings adopted by Graphite Recruitment HRM Ltd. is in breach of Article 40(3)(1) and (2) of the Constitution of Ireland by the refusal to allow legal representatives to appear on behalf of the applicant. The processes adopted by Graphite Recruitment HRM Ltd. failed to vindicate the good name of the applicant, in their refusal to hold an appropriate hearing, whereby the applicant through solicitor or counsel may have cross-examined the complainant..Equally, the complainant ought be entitled to then cross-examine the applicant.

The Court is clear that in circumstances where a complaint is made which could result in an individual’s dismissal, or where it impinges on the individual’s right to a good name, the individual is entitled to fair procedures, as outlined by the Supreme Court in the case law quoted above.

The second case worth looking at is E.G. v The Society of Actuaries in Ireland.

E.G. was an actuary and there was allegations against him of wrongdoing. The Society of Actuaries in Ireland, in responding to the complaints against E.G., set up an investigative committee who were to investigate the allegations and decide whether he had a case to answer, that is, whether there was prima facie evidence of wrongdoing.

The committee found there was prima facie evidence of wrongdoing and E.G. then sought an order from the High Court that he was entitled to natural justice and the finding of the committee should be set aside.

In this case the High Court decided that as the committee was only in the preliminary stages of a procedure involving an investigation, and did not have the power to make adverse findings against E.G., and the full panoply of fair procedures and natural justice was not necessary. It would only be in the formal disciplinary enquiry, where E.G. may have serious adverse findings made against him and sanctions imposed, that he would be entitled to legal representation and to cross examine witnesses.

The Court made a clear distinction between the preliminary investigation and the later formal disciplinary procedure.

In the courts view it was not necessary for the first named respondent to afford to the applicant the full panoply of natural justice rights in the course of any investigation into his conduct (outside of and/or in parallel with, any s. 8 or s. 9 process that may also have been underway) prior to their invocation of s. 17. They were of course, obliged to treat him fairly but they were entitled to adopt less formal and more abridged procedures than in circumstances where s. 17 had actually been invoked.”
85. The Supreme Court in dismissing an appeal against the judgment of Edwards J. [2012] IESC 21 was satisfied that the full panoply of natural justice rights does not inexorably apply at every phase of an investigative process. An appropriate standard of fair procedures must be applied at all stages of a tiered process. There may be situations in which a stronger degree of procedural protection may be required having regard to the decision to be taken at an investigative stage or its potential consequences.

A full oral hearing will be required before the Disciplinary Tribunal following the referral in the course of which the full panoply of rights will be available as set out in the Scheme as already described.

The third case was also, like Lyons above, in the education sector, N.M. v Limerick and Clare Education and Training Board.

The teacher in this case sought an injunction preventing the employer from carrying the disciplinary procedure to a conclusion. The Court considered whether the employee would have been entitled to cross examine witnesses at the investigation stage, even though this stage had already completed by the time the case came to the High Court.

It also held that, therefore, that he was not entitled to cross examine witnesses and reiterated the principle arising from O’Sullivan v Law Society of Ireland [2009] IEHC 632 that the full range of fair procedures and natural justice is required at the disciplinary stage of the procedure, and not earlier in the investigation.

It remains to be seen whether the decision in the Lyons v Longford Westmeath Education and Training Board case is followed or not. From an employers perspective it seems to be a prudent course of action to ensure that the investigation that is carried out does not make final binding findings of fact and is strictly a fact finding exercise, and leaves final binding findings of fact to the disciplinary stage of the procedure.