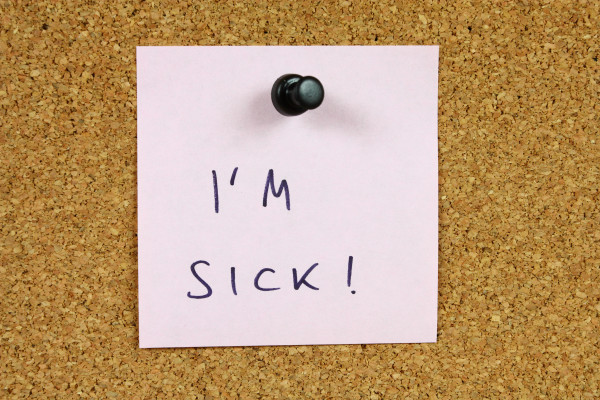 What can or should you, as an employer, do?

Have you considered a discrimination claim, on the grounds of disability, being brought against you?

Many employers have to deal with employees absent from work on long term sick leave. Two cases which should be studied closely in this area are:

(At the end of this piece you will find links to the full decisions in these cases).

Mr. De Sousa was employed as a butcher with the Kepak Group from 2002. He suffered back pain in work in 2004 and in 2007, after attending a physiotherapist; he was unable to attend work due to ongoing back pain.

He was certified fit to return to work in October 2010 but complained of back pain and collapsed resulting in an ambulance being called.

In November, 2010 the Site Manager wrote to him and told him that due to his absence from  and unavailability for work the contract was frustrated and dismissed him.

However there were no jobs in the Kepak plant that were suitable for Mr. De Sosa as administrative jobs had become computerised and other work such as sweeping the floor involved some physical activity.

The employee was assisted in his return to work being given the least demanding physical job available as a trimmer. However when this did not work out the employer wrote to him telling him that his employment was under review due to his inability to perform the contract.

The letter of termination gave Mr. De Sosa an opportunity to appeal the decision, which he did not avail of.

The EAT found that the Unfair Dismissals act 1977 had no application in this case as the contract of employment was terminated by operation of law as the contract had become inoperable and was frustrated.

This case involved a dismissal where the employee claimed that she was discriminated against as a result of her disability and reasonable accommodation was not made for her return to work. She brought her claim for discrimination on gender and disability ground under the Employment Equality Acts.

Ms. Carroll was employed as a general operative by H.J. Heinz Frozen & Chilled Foods Limited on the 12th July 1993 and she was dismissed on the 15th June 2007.

She was initially worked in the bakery department but after it was closed she was transferred to clerical work in the purchasing area.

She went out sick from work on the end of March 2004 with repetitive strain injury and was referred for physiotherapy. Unfortunately her condition did not improve and she was referred to a consultant and it was diagnosed she was also suffering from fibromyalgia.

She was seen by the company’s occupational health advisor on a number of occasions. The complainant’s medical advice, which the company had been kept fully informed about, was that she could not work in a cold environment such as that which obtained in the chilled department and that she could not lift heavy weights.

She said that she was anxious to go back to work and she believed that the company could have found work for her in the non chilled area or in the clerical area.

She said that she had several meetings with Occupational Health and with HR but no suitable position was offered to her other than to return to the chilled area or in an area where she was required to lift weights which she could not because of her medical condition.

She said that she wanted to return to work but could not give a return date because she was not fit to return to the position in the chilled area. She was called to a meeting with her manager and HR on the 15th of June 2007 and because she was not able to give them a return to work date and there were no alternative positions in the company which could accommodate the restrictions, she was informed, given that she was on sick leave for over 3 years the company had decided to terminate her employment.

She was advised of her right to appeal. The appeal was unsuccessful.

The complainant submits that the dismissal was discriminatory in that she was not offered reasonable accommodation because of her disability.

Decision of the  Equality Officer

The 1st thing the employee has to do in a case like this is to establish a “prima facie” case of discrimination.

“I am satisfied that the complainant’s condition is a disability within the meaning of the Acts. Having heard the evidence I am satisfied that the complainant was dismissed from the employment for reasons connected with her capacity to perform her job due to her disability. Therefore she has established a prima facie case of discriminatory dismissal.”

“In considering this case I am guided by the Labour Court determination in the case of Humphrey’s v Westwood Fitness Club Det. No. EED037 and which was upheld by the Circuit Court. The case concerned a complaint of dismissal on the disability ground and whether the defence under section 16(1)(b) of the Acts was applicable. The Labour Court set out the test which should be applied to by an employer if they have formed a bona fide belief that the complainant is no longer able to perform the duties for which they are employed and stated:

“At a minimum, however, an employer, should ensure that he or she in full possession of all the material facts concerning the employee’s condition and that the employee is given fair notice that the question of his or her dismissal for incapacity is being considered. The employee must also be allowed an opportunity to influence the employer’s decision.

In practical terms this will normally require a two-stage enquiry, which looks firstly at the factual position concerning the employee’s capability including the degree of impairment arising from the disability and its likely duration. This would involve looking at the medical evidence available to the employer either from the employee’s doctors or obtained independently.

Secondly, if it is apparent that the employee is not fully capable Section 16(3) of the Act requires the employer to consider what if any special treatment or facilities may be available by which the employee can become fully capable. The Section requires that the cost of such special treatment or facilities must also be considered. Here, what constitutes nominal cost will depend on the size of the organisation and its financial resources.

Finally, such an enquiry could only be regarded as adequate if the employee concerned is allowed a full opportunity to participate at each level and is allowed to present relevant medical evidence and submissions.”

Dunne J. in the Circuit appeal stated that the there is a legal obligation under the Employment Equality Acts for an employer to take advice from either the complainant’s own doctor or an independent doctor where there are concerns in relations to the health of a worker.”

“In relation to the second leg of the above test which relates to reasonable accommodation, I have examined the evidence and I note that the respondent made several suggestions about the complainant returning to work in the chilled department but her medical condition prevented her working there as all the operator roles were below 10 degrees and she required a temperature of between 18 and 20 degrees.”

“The company offered her subject to medical certification to bring her back to work on a three day week, light duties and a rotational position but the complainant’s GP would not certify her fit to return to the positions offered because of the temperature restrictions. I note that the respondent e-mailed all the heads of department on four occasions over the three year period of the complainant’s sick leave seeking alternative roles but there were no suitable vacancies except in the production area were available. Likewise I note that the complainant was also asked to do a virtual tour of the company with OH to identify roles which were suitable for her. A number of roles were deemed suitable and she was advised that the position would only be available if a vacancy existed. There were a number of vacancies in these areas over this period but the complainant did not have the qualifications or experience required.”

the respondent did not discriminate against the complainant on the disability grounds pursuant to section 6(2)(g) of the Acts and contrary to section 8(6) of the Acts in relation to her dismissal and that the defence under Section 16(1)(b) applied;

If you have an employee on long term sick leave, and if you are considering dismissing on the grounds of incapacity, you will not go too far wrong if you follow the steps taken in the Carroll v Heinz case above.

Here’s an interesting 3rd case where the employee won €40,000 for the employer’s failure to handle a long term illness/disability correctly.