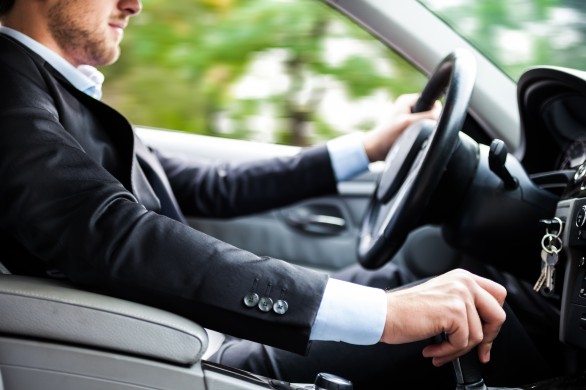 Tyco was a Spanish security firm who closed all their regional offices across Spain in 2011. This meant that the employees did not have a fixed place of employment and had to travel to all their jobs to install security equipment.

The workers brought a case to the Court of Justice of the European Union (CJEU) arguing that time spent travelling to work should be counted as working time. The CJEU agreed with them.

This decision applies to workers who do not have a fixed place of work and are required by their employers to travel to service clients. This could include, for example sales reps, care workers or tradesmen employed by companies.

This could result in employers having to pay such workers for time spent travelling to and from work. The journey from home to their first work appointment, and the journey from their last appointment to home in the evening, must be included when pay, working hours and rest breaks are being calculated, according to the CJEU decision.

Employees may also be entitled to a reduction in hours actually spent working, as travelling time would also go towards the 48 hour maximum working week permitted under EU working time legislation.

Working time, according to the working time directive is considered to be time during which the worker is working, at the employer’s disposal and carrying out his activity or duties, in accordance with national laws and/or practice.

The Tyco case is relevant from an Irish context in that our national courts are obliged to interpret Irish laws in line with European legislation, and decisions of the European courts. The decision has direct effect with regard to public sector workers, however legislation will be required to make it effective for private sector workers.

The Labour Court in Ireland has addressed this issue in the past.

In Breffni Carpentry Services Ltd and Deniss Solodounikovs (DWT0816) the Labour Court held that only the hours which the Complainant spent at the workplace, and not travelling time, could be regarded as working time.

In this case, however, the employee appears to have been based out of his employer’s premises.

Another case that may be useful on this question of working time is a Labour Court decision in ISS IRELAND LIMITED and VYARA GFENCHEVA.

A further complicating factor in Ireland arises from the National Minimum Wage Act 2000 (NMWA), which provides a statutory basis for setting minimum rates of pay in Ireland. It also sets out the basis for calculating the working hours of an employee, to establish whether an employee is being paid the applicable minimum hourly rate of pay.

Irish cases in respect of claims for wages while travelling are likely to be brought under the heading of non payment of wages in accordance with the NMWA.

Implications for employers and employees?

Clearly, there are huge implications for Irish employer and employees if this decision is given a statutory basis in Ireland.

Employers would be well advised to agree some type of arrangement or protocol with their employees, if it is not already provided for in the contract of employment.

It would also be advisable for employers to try to schedule the first and last call of the day close to the employee’s home so that travelling time is kept to a minimum. Many employers currently do this, as well as agreeing a fixed rate for travelling time.

It is probably prudent for employers to treat travelling time in circumstances where the employee travels to a variety of locations in discharge of his/her duties as working time.