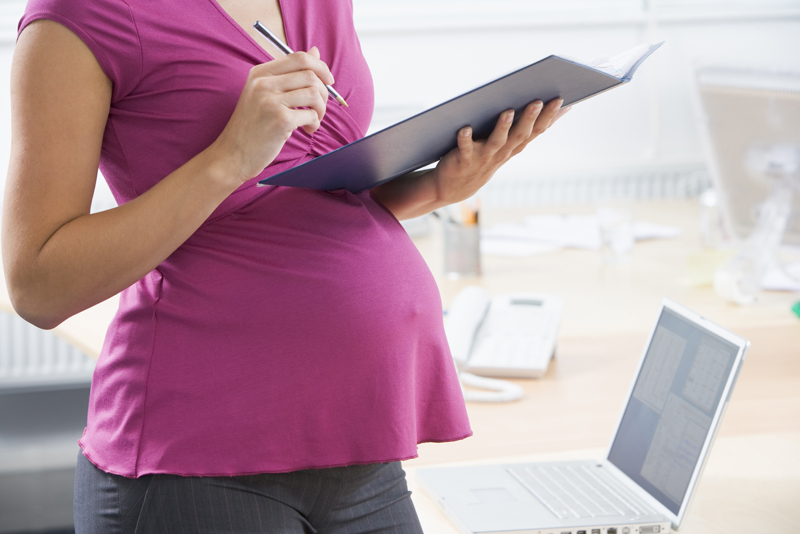 Unfortunately disputes about maternity leave can be common enough. For this reason it is strongly advisable that you as an employer have a maternity leave policy in the workplace.

The minimum entitlement for a pregnant employee is for 26 consecutive weeks of leave.

The employee must inform her employer in writing of the intention to take leave (section 9 of Maternity Protection Act 1994) and must have a medical certificate confirming the expected date of “confinement”.

The legislation also provides for an extension of maternity leave if the baby is born later than expected and “additional leave” is also a possibility.(Section 12)

Section 13 of the Act deals with unexpected early commencement of maternity leave and section 14 A inserted by the Maternity Protection (Amendment) Act, 2004  deals with

The further period of maternity leave is equal to the ‘premature birth period’ defined by Section 15(2) of the 2017 Act commencing on the actual date of birth and expiring two weeks before the expected week of birth.  Provision is also made for the extended payment of State maternity benefit for the length of the premature birth period.

(2) Section 51 (amended by section 24 of the Social Welfare (Miscellaneous Provisions) Act 2010 ) of the Principal Act is amended in subsection (1) by the insertion, in paragraph (a), of the following:

(a) commences on a date of confinement which occurs on or after 1 October 2017, and

(b) expires two weeks before the end of the expected week of confinement;”.

The entitlement to receive 80% of reckonable earnings is no longer the case.

Other entitlements and obligations under the legislation and regulations include paid time off for ante-natal and post-natal care (section 15), breastfeeding breaks, and the obligation on the employer to carry out a risk assessment for pregnant women (even where there are no pregnant employees)(Safety, Health and Welfare at Work (Pregnant Employees) Regulations, 1994). (See also S.I. No. 18/1995 – Maternity Protection (Time Off For Ante-Natal and Post-Natal Care) Regulations, 1995)

In addition an employee has a general right to return to work (section 26) to the position held before going on maternity leave, even if there was a transfer of undertaking in the meantime.

However this may not necessarily mean going back to the original job but does mean suitable alternative work must be provided (section 27).

To offer a contract in this situation it must be no less favourable in relation to terms and conditions previously enjoyed and the work required to be done must be suitable and appropriate to that employee.

It is important to note that an employee who is on maternity leave must notify her employer of her intention to return to work (section 28, Maternity Protection Act, 1994)

All dismissals connected with pregnancy are deemed to be unfair dismissals and this includes employees made redundant during maternity leave and who are not offered suitable alternative employment.

It is worth noting also that there is no service requirement (period of employment)  to bring this claim if connected with pregnancy or giving birth; ordinarily you need 12 months service to have the protection of unfair dismissal legislation.

Section 38 (1) provides that dismissals are automatically unfair if connected with pregnancy or giving birth.

This has arisen as a result of a lot of decisions in the European Court of Justice.

The Equality Officer in McKenna v North Western Health Board [2006] followed the European jurisprudence. The Equality Officer held that her period of sickness during pregnancy and during her statutory maternity leave could not be used to calculate the amount of sick leave she had incurred and therefore the amount of sick pay she received, as the company operated a sick pay scheme.

Essentially this means that a woman with a pregnancy related illness may be compared with a sick man and treated as a sick man absent from work for a similar period would be treated.

Employers are not entitled to dismiss employees if they are unable to work during pregnancy, just after giving birth or while breastfeeding, if that inability to work arises for health and safety reasons.

Disputes can be dealt with by the Rights Commissioner in the first instance with appeals to the Employment Appeals Tribunal or the High Court on a point of law only.

Part V of the Act deals with the procedure for dealing with disputes surrounding maternity leave.