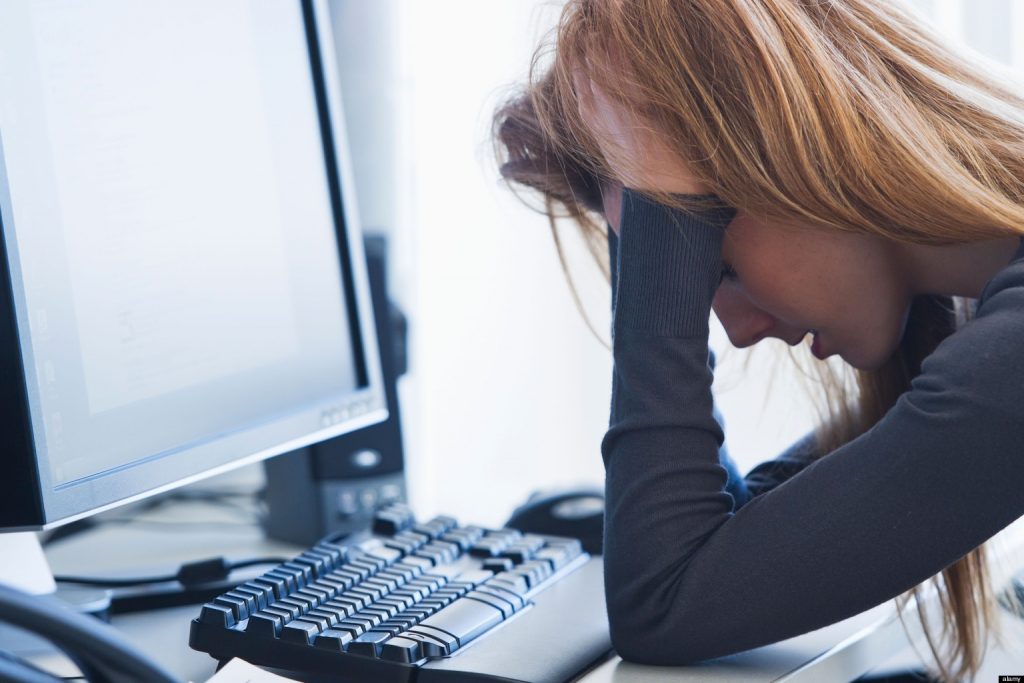 It happens the best of us.

Lately, I have come across quite a few instances of this problem when speaking with employees about their issues.

And it saddens and frustrates me.

Let me explain, shall I?

All of us know people who rub us up the wrong way. It may be intentional or completely unintentional but there is one or two people out there who just really wind us up.

When it’s in the workplace, though, this can be a real problem. Especially if the other person is your supervisor or manager.

And the danger you need to guard against is letting this become an obsession for you. Yes, obsession. I have seen it too many times in the last year or so, and it is really frustrating.

I have seen perfectly rational, intelligent, hardworking employees who have come to me for advice. After speaking with them for a little while and unpacking the issues, it often comes down to one individual in the workplace with whom they have an issue.

The problem, though, is they really let it get in on them. To the point of obsession. To the point where the situation is actually having an adverse impact on the employee’s health.

And they are thinking of quitting their job.

What frustrates me most is that they cannot seem to step back from the nitty gritty of the situation and look at their “problem” from a slight distance away.

If they could only do this they would see that they are putting far too much importance on what the manager or supervisor or colleague says or does. They see every interaction as a personal attack on them, their opinion, their integrity, their sense of self.

What’s really happening in a lot of the situations that I have encountered is quite simple: the employee who has come to me has allowed a situation to develop where they have created a massive big mountain of a problem when, in reality, it is only a molehill.

And the hardest part for me? It is incredibly difficult to get them to see this.

And the problem then?

The employee will either overreact or basically talk themselves out of a job and quit a perfectly good job that they like.

Many years ago we had a lovely boxer dog called “Rocky”. She spent her days spreadeagled on “her” sofa in our kitchen.

But when Tom O’Shea (not his real name) set foot on our property within 80 yards of the house Rocky would jump up off the sofa, growl, bark, and the hair would stand on her back.

We never knew why Rocky reacted like this, but we suspect Tom may have given her a kick some time in her past. And she never forgot.

I am always reminded of Rocky when I speak with these employees because they too react like Rocky when they come into contact with the other colleague.

The difference, however, is the employee is human and can choose how to react; Rocky on the other hand had less sophisticated tools at her disposal. And she just growled.

I think, too, of Viktor E. Frankl.

Frankl was a prominent Viennese psychiatrist during the Nazi’s rise to power and was Jewish. Frankl and his family were packed off to concentration camps and he saw his entire family, incluing his pregant wife and children going to the gas chamber

Frankl spent time in 3 concentration camps including Auschwitz and Buchenwald.

But Frankl made an important observation, one which led him to write a bestselling book in later years, “Man’s Search for Meaning”.

They did not let their circumstances dictate how they acted or reacted or thought.

And Frankl observed that everything can be taken away from you, apart from your ability to choose how you will react in any given situation.

This is something that each individual can choose.

If you are an employee with a bete noire, a nemesis, someone who winds you up so bad that you are making yourself ill and considering walking away from your job, think about Viktor Frankl.

Think about the power to choose how you will react, and don’t give the other person who winds you up the power to compel you to react like Rocky, our much loved boxer dog.

Try to retain perspective on the issue, and look at it from a distance.

I know that’s not easy, but getting the opinion of others might help and prevent you from overreacting in a situation which has simply lost its perspective for you.