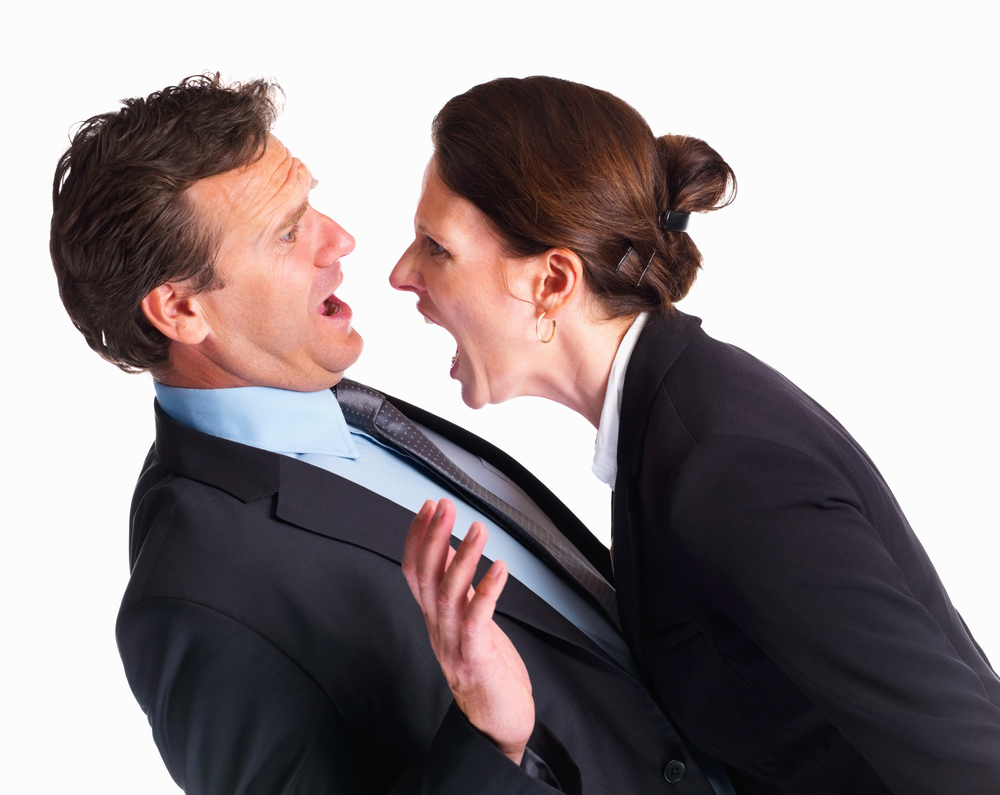 Are you being bullied at work? Perhaps you have a family member, friend or colleague who has complained of being bullied?

Many people, unfortunately, are bullied at work.

Thankfully, you don’t have to suffer in silence. There are solutions.

In 2014, for example, there was an important High Court case-Una Ruffley and the Board of Management of St. Anne’s School-which saw Ruffley, a special needs assistant in a primary school in Kildare being awarded €255,000 .

Note: this High Court decision was overturned on appeal. Read about that decision here.

The case is a useful one to take a look at because it restates certain principles and proofs required to win a case for a personal injury arising from alleged bullying in the workplace.

Quite frankly it is not simply enough to show that you have been bullied. You must also prove you suffered a personal injury as a result.

Background to Ruffley -v- Board of Management St. Anne’s School

The background to the case was after an incident involving the locking of the door of the school’s “sensory room”, the school Principal, Pauline Dempsey, brought the SNA to a meeting and warned her of disciplinary action.

However she later wrote to the SNA advising her that no action would be taken. However, there was to be a three month review of the SNA’s performance.

The review of the SNAs work involved the filling in of a form which led to a difficulty with the Principal accusing the SNA of a “falsification” of the review form.

The Principal then brought the original incident involving the locked door and the performance of the SNA to the Board of Management. The Board recommended that the SNA receive a formal warning and that her next salary increment be deferred.

The Judge in the High Court doubted that the Principal had outlined the full facts surrounding the difficulty to the Board.

The Principal then gave the SNA a letter stating that an investigation had been carried out and if there was a further breach of school policy there could be further action including dismissal.

The High Court held that there was no such investigation and that the SNA had been subjected to a disciplinary sanction that was severe and unmerited.

Firstly Judge O’Neill referred to the definition of workplace bullying as defined in para 5 of the Industrial Relations Act 1990 (Code of Practice detailing Procedures for Addressing Bullying in the Workplace) (Declaration) Order 2002 (S.I. No. 17/2002) as follows:

“Workplace Bullying is repeated inappropriate behaviour, direct or indirect, whether verbal, physical or otherwise, conducted by one or more persons against another or others, at the place of work and/or in the course of employment, which could reasonably be regarded as undermining the individual’s right to dignity at work. An isolated incident of the behaviour described in this definition may be an affront to dignity at work but, as a once off incident, is not considered to be bullying.

The Judge also referred to the Supreme Court decision:

“In Quigley v. Complex Tooling & Moulding Ltd. [2009] 1 I.R. at 349, it was held by the Supreme Court that for conduct to amount to bullying it had to be repeated, inappropriate and undermining of the dignity of the employee at work. Furthermore, in his judgment, Fennelly J. said:

“The plaintiff cannot succeed in his claim unless he also proves that he suffered damage amounting to personal injury as a result of his employer’s breach of duty. Where the personal injury is not of a direct physical kind, it must amount to an identifiable psychiatric injury.””

Judge O’Neill said in his judgment:

“It useful to reflect on what had happened to the plaintiff up to this point in time. The plaintiff was subjected to a disciplinary sanction of a severe kind which was unmerited

The manner in which the disciplinary process with regard to the locking of the Sensory Room door was handled by Ms. Dempsey was grossly unfair to the plaintiff and utterly denied her the benefit of her constitutional right to natural justice and fair procedures.

The conjuring up by Ms. Dempsey of the additional offence of failing to improve during the review process and of the “falsification” of the review forms was, as discussed earlier, at best, irrational, in the sense of there being a complete lack of any real basis for such conclusions. It is hard to understand how an educated, sophisticated person, such as Ms. Dempsey, could arrive at such conclusions without an element of bad faith.”

“I am quite satisfied that the treatment of the plaintiff throughout this process by Ms. Dempsey was entirely “inappropriate” within the meaning of the definition of bullying in the workplace.”

Repeated inappropriate behaviour over a period of time

“Thus, in my opinion, the plaintiff has demonstrated to my satisfaction that the inappropriate behaviour of the defendants was not merely an isolated incident but was persistent over a period of in excess of one year. There can be no doubt but that this persistent, inappropriate behaviour of the defendants wholly undermined the plaintiff’s dignity at work.”

The need to prove that you have suffered an identifiable psychiatric injury is a critical proof to win your case for non physical personal injuries.

“The next question to be considered is whether or not the plaintiff has, as a result of the conduct of the defendants, suffered an identifiable psychiatric injury as indicated in the passage from the judgment of Fennelly J. in the Quigley Complex Tooling & Moulding Ltd. case quoted above.”

“The plaintiff has given evidence to me, which I accept, that from October/November 2009, she began to experience high levels of stress caused by what she perceived as the unfair treatment of her by the defendants, and in particular, Ms. Dempsey. As time went on, and not only was the problem not being resolved but it was getting worse, as she saw it, I have no doubt that these symptoms of stress became much worse, and I accept that from around March 2010, she was suffering constantly from headaches, insomnia, diarrhoea and high levels of anxiety. All of this persisted through the summer months of 2010, and she eventually attended her General Practitioner, on 19th August 2010, complaining of frontal facial temple headaches all summer, that she could not think straight, all related to a bullying issue at school. Her General Practitioner diagnosed muscle contraction headache and prescribed medication for her. She attended her General Practitioner again on 28th September 2010, with similar complaints, with the addition of some neck pain. The General Practitioner put all this down to stress related to bullying.”

“I have no doubt that the imminent return to school after the summer holidays had a heightening effect on her stress and anxiety at that time. On her return to school, a further episode with the Principal, Ms. Dempsey, occurred on 27th September 2009.”

“This incident, in the ordinary course, would not have been of any great consequence, but for the plaintiff, it was the last straw. She felt she could bear it no more and found the stress of continuing in the school intolerable. I have no doubt that at that stage, she had a heightened sense of apprehension in all her dealings with Ms. Dempsey, having regard to all that had happened in the previous year. As a direct consequence of this incident, the plaintiff felt she could no longer continue in the school and she went out on certified sick leave due to work-related stress.”

“Prior to 2009, the plaintiff had two previous episodes of Depression, one of which was a postpartum Depression and the other a reaction to bereavements. She required anti-depressive medication for these but she recovered fully on both occasions. However, and the evidence of Dr. Byrne, a psychiatrist called for the plaintiff, satisfies me in this respect, having suffered previous episodes of Depression, she was predisposed to further depressive illness. I am satisfied on the evidence of Dr. Michael McDonnell, her GP, and Dr. Byrne that the plaintiff suffered an Anxiety and Depressive Disorder resulting from her reaction to what had happened to her in St. Anne’s School from September 2009 through to September 2010. This resulted in a high state of anxiety, low mood, loss of confidence and self-esteem and an inability to cope with everyday life. All of this rendered her incapable of returning to work in the defendants’ school, and all of that, allied to her fear that she would not have a good reference, inhibited her from seeking employment elsewhere. As a result, she has not worked since 27th September 2010.

She has been on anti-anxiety and anti-depression medication since late 2010, and she attended the Kildare Mental Health Services in Newbridge on a regular basis where she was prescribed anti-Depression medication. Her situation has not improved over the intervening period. An examination of her by Dr. McDonnell in February 2014, included the completion of two questionnaires, namely, the General Anxiety Disorder Assessment and the Patient Health Questionnaire, the results of which indicated she was suffering from a severe anxiety state and severe Depression. I think it probable that the impending litigation was, at that stage, worsening her symptoms, but that notwithstanding, there can be no doubt that she has, since late 2010, suffered from a significant anxiety and depressive disorder and that continues to afflict her.

Dr. Byrne’s evidence was to the effect that she has to continue with her medication and other forms of support and therapy which should enable her to recover her whole sense of personal safety and her sense of self-worth, and to enable her to have a feeling of control of her life. With all of that, she could look forward to a gradual reintroduction to a work situation. It would seem to me to be probable that when this litigation is concluded, there is likely to be a significant improvement in her anxiety and depressive state. I would think it probable, having regard to Dr. Byrne’s evidence, that she will have the capacity, in due course, to return to fulltime, gainful employment.”

In conclusion, the Judge stated that:

“I am satisfied that the plaintiff has suffered a definite and identifiable psychiatric injury from which she still continues to suffer significantly and will continue to do so for some time into the future. Therefore, she must be compensated for her pain and suffering in that regard to date and into the future. In my opinion, the appropriate sum to compensate the plaintiff for her psychiatric injury to date is the sum of €75,000. Insofar as the future is concerned, as already mentioned, the probability is that she will improve and go on to recover over time, particularly when this litigation is finalised. With that in mind, in my opinion, the appropriate sum to compensate her for her psychiatric injury for the future is the sum of €40,000, making a total for general damages of €115,000.

The plaintiff’s loss of earnings up to 6th March 2014 was agreed in the sum of €93,276.39. There was some suggestion that there may have been some deductible benefits which would reduce that figure, but the court was not told if that was so or what the amount thereof should be. That being so, I must proceed on the basis that there are no deductible social welfare benefits.

Accordingly, there will be judgment for the plaintiff in the sum of €255,276.”

You can read the full decision of this case here.

Note: this decision was later overturned by the Court of Appeal.