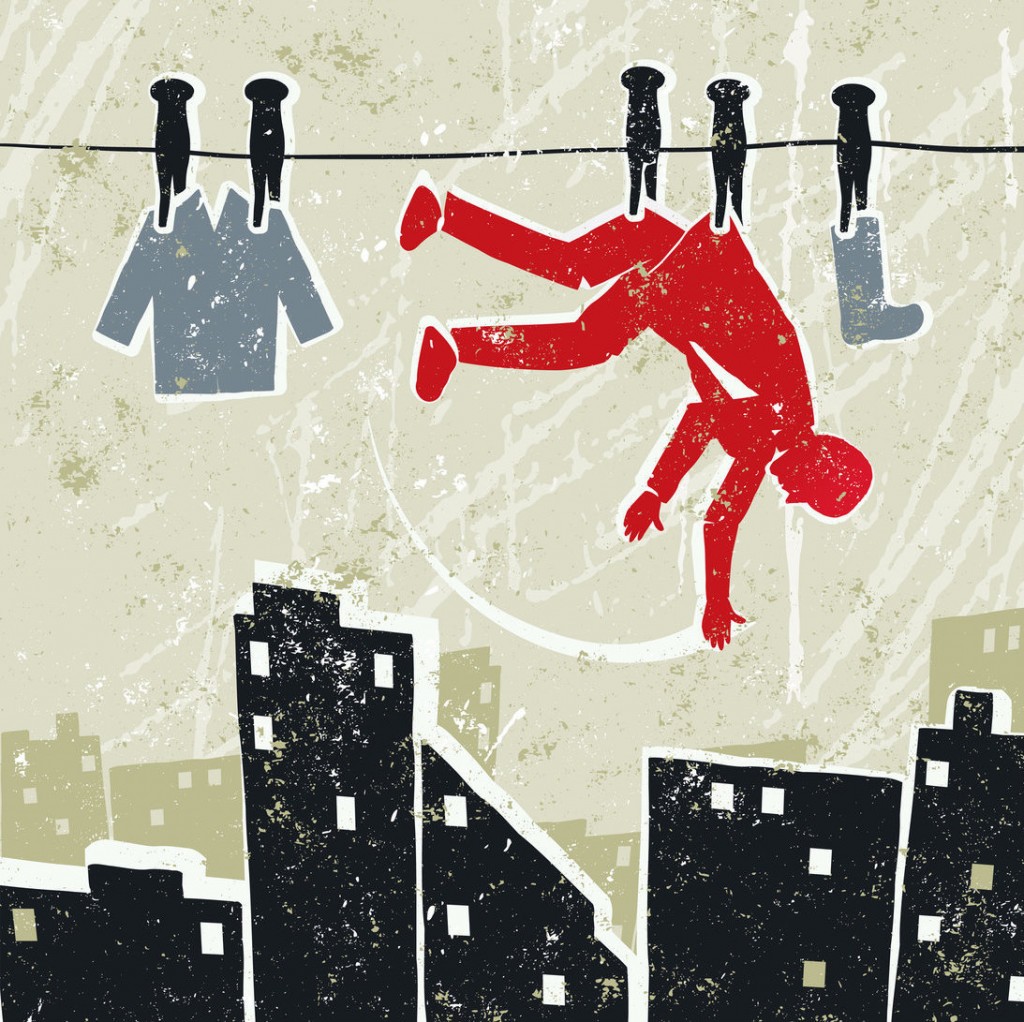 Redundancy is not a pleasant topic to discuss.

But not discussing it, and not understanding your obligations if you are an employer, or entitlements as an employee can prove very costly.

Therefore,  this piece about redundancy in Ireland will look at:

Hopefully it will give both employers and employees a good overview of non collective redundancies.

Firstly let’s take a look at what a redundancy is..

(b) the fact that the requirements of that business for employees to carry out work of a particular kind in the place where he was so employed have ceased or diminished or are expected to cease or diminish, or

(c) the fact that his employer has decided to carry on the business with fewer or no employees, whether by requiring the work for which the employee had been employed (or had been doing before his dismissal) to be done by other employees or otherwise, or

There are two critical factors to be gleaned from this definition-

The required period of employment is 104 weeks of continuous employment.(Section 7(5) Redundancy Payments act 1967).

Dismissal by the employer

To qualify for a redundancy payment, the employee must be dismissed.

This does not occur if the employee’s employment is renewed or re-engaged by the same employer and the terms and conditions do not differ from the previous one.

So if an employee resigns, redundancy payments are not available to him/her.

The employer is generally obliged to pay the employed during this time although there are exceptions to this general rule depending on custom and practice in specific situations.

There is no general right to lay off employees and not pay them; in fact, without an implied or express term in the employment allowing lay off the employer may well be in breach of contract.

The right to lay off without pay may be permissible in pretty limited circumstances established through custom and practice.

However  EAT decisions in the past have held that the custom and practice in Ireland since the introduction of the legislation is that there is no obligation to pay during lay off.

You can learn more about the EAT’s decisions in relation to payment during lay off  in this article.

An employee who has been laid off for 4 or more consecutive weeks can give a written notice to his employer indicating his intention to claim redundancy.(Section 12 Redundancy Payments act, 1967).

An employee is not entitled to a redundancy payment in the following circumstances:

These types of cases often involve offers of employment at a different location and each case will be judged on its merits as to whether the offer is reasonably or unreasonable refused by the employee.

An employee who is entitled to a redundancy payment (service of at least 104 weeks) are entitled to at least 2 weeks notice.(Section 17 Redundancy Payments Act, 1967). However, longer serving employees have greater entitlements under the Minimum Notice and Terms of Employment Act, 1973.

In addition contractual notice provisions must be complied with to avoid a claim for wrongful dismissal.

The employer then sends the RP 50 form to the Minister for Enterprise, Trade and Employment to obtain a rebate of the payment made.

There is now no need to issue RP 50 forms as no redundancy rebate applies where the date of dismissal by reason of redundancy occurs on or after 1st January 2013. Please refer to this page on the Department of Social Protection website for the procedure.

In a collective redundancy situation there will be additional requirements on the employer imposed by the Protection of Employment Acts 1977 to 2007 and various regulations and other legislation.

However it must be a genuine redundancy within the terms of the Redundancy Payments Acts 1967 to 2003 which sets out 5 redundancy definitions/situations.

1. The employer has ceased or intends to cease the business for which he employed the employee;

2. The requirements of the business have changed to the point where the employee is no longer required for the particular work for which he was employed;

3. The employer intends carrying on business with fewer or no employees;

4. The employer has decided the work which is being done by the employee will be done in a different way in the future and the redundant employee is not qualified or trained;

5. The employer has decided that the work will be done by another employee who is capable of doing other work for which the redundant employee is not trained or qualified.

Conduct of the employer in carrying out redundancies

In non-collective redundancies in Ireland there are no specific procedural requirements set out to carry out a redundancy dismissal. 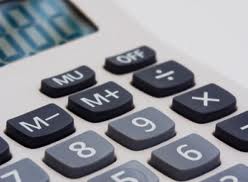 What the employer must be very aware of though is the Unfair Dismissals (Amendment) Act, 1993 as this act holds that if the conduct of the employer is unreasonable in carrying out a redundancy then it may amount to unfair dismissal.

From an employer’s perspective it is important to be able to point to the reasonableness of his conduct when faced with the necessity for redundancy.

As well as the reasonableness of the employer’s conduct in making a position redundant, she would be well advised to carry out the following steps:

The ability of the employer to be able to point to a paper trail of how the decision to carry out redundancies was arrived at can prove invaluable at a later date, for example at an EAT or Rights Commissioner hearing (now,  the Workplace Relations Commission service deals with these claims).

Because the onus is on the employer to justify the selection for redundancy.

The key point for an employer is to be able to demonstrate that people were selected fairly for necessary redundancies and that the employer acted reasonably at all stages of the process. This obviously only arises in circumstances where the employee is made redundant and there are other employees in similar employment who were not dismissed.

It is up to the employer to set her own criteria for selection for redundancy.

Some factors to be considered by the employer should include

While many employers employ a policy of “last in, first out”.

If there is a procedure in place in the workplace to deal with redundancy, as there is with most unionised workplaces, the employer will have to be able to show that the procedure was used to select each employee made redundant.

Nevertheless, no matter what criteria are used, the employer may well have to stand over his/her selection procedures at a later date and being able to objectively justify his choice will be his best defence.

Fair procedure is essential when selecting employees for redundancy. Clear communication to ensure staff are aware of developments is also vital.

Objective and fair selection criteria should be used to select what positions are to be made redundant and regard may be had as to whether the dismissal was an unfair one or not by looking   to the reasonableness or otherwise of the conduct (whether by act or omission) of the employer in relation to the dismissal, (Section 6 Unfair Dismissals Act 1977 (as revised)).

When applying criteria to assist with selection for redundancy it is up to the employer to  choose, and he may apply different criteria for different parts of the business. The onus is on the employer to be able to justify the criteria chosen on objective grounds.

A good way for an employer to approach a scenario where employees might be seen to be equally at risk is to use a ‘skills matrix’ which involves setting out the skills needed to keep the business going. Then, the employees at risk of redundancy are measured against this matrix and those who score lowest are made redundant.

This is a legally defensible way to ensure a redundancy decision is not later held to be an unfair dismissal on the grounds of unfair selection.

Here are two cases concerning redundancy which should be instructive.

Coincidentally they both involve solicitor’s firms losing out.

The first case involved fair procedure and the reasonableness of the employer in terminating the employment.

The Tribunal is mindful of the fact that the burden of proof rests with the respondent to show that it has acted fairly and reasonably in all the circumstances surrounding the termination of this employee.

On balance the Tribunal accepts that the telephone call from France during which the claimant was told that a decision had been made to make him redundant was an unfair way to treat a loyal and exemplary employee. No forewarning was given and no alternative was considered.

In considering compensation to be awarded the Tribunal acknowledges that the respondent’s Principal’s intention was to become a sole practitioner which the claimant did confirm in evidence. The Tribunal accepts therefore that with more consideration a lawful and fair termination of employment would have been implemented ultimately.

The Tribunal found that no meaningful consultation took place between the respondent and the claimant. The respondent failed to give advance warning of the nature of the meeting of 1 May 2013 when the claimant was informed that the decision had been made to make her redundant. The claimant was not afforded an appeal procedure. Furthermore, she was not offered the opportunity of having representation at the aforementioned meeting and at the follow-up meeting on 24 May 2013. There were no written notes or memos of the said meetings. There was no attempt to secure a voluntary redundancy. No consideration was given to an alternative to redundancy, such as a pay cut or reduced hours. The respondent did not consider a last in, first out policy. At the meeting on 24 May 2013 the claimant was offered a full time position in the Sligo office. This was not a viable option due to her domestic situation, and Sligo being 48km from the claimant’s home.

The respondent acted unreasonably in failing to apply objective criteria to the selection of the claimant for redundancy.

The Tribunal finds that the claimant was unfairly selected for redundancy and accordingly unfairly dismissed. The Tribunal awards the claimant the sum of €12,765.06 under the Unfair Dismissals Acts 1977 to 2007.

Calculating your redundancy entitlements is pretty straightforward with the redundancy calculator provided online by the Department of Social Protection.

To be entitled to a redundancy payment you must have the requisite period of service served which is:

Therefore if you resign from your job you will not be entitled to a redundancy payment.

Redundancy payment entitlements are calculated by reference to weeks per year of service and is basically calculated as follows:

(Continuous employment is not broken by layoffs, holidays or sickness.)

NOTE: the definitions of ‘continuous employment’ and ‘reckonable service’ are important ones and can be seen in Schedule 3 of the Redundancy Payments Act,1967.

Payments are then calculated by reckonable service, not the period of continuous employment.

Reckonable service does not include time absent from work due to

Collective redundancies place specific statutory obligations on the employer, for example the requirement to consult with employees. Failure to do so or advise the government of a collective redundancy situation can lead to a criminal conviction and hefty fines of up to €5,000.

The upper age limit of 66 years for entitlement to redundancy was removed by the Protection of Employment Act 2007.

An ex gratia payment is an extra redundancy payment over and above the statutory entitlement. The employee is not entitled to one but it may be negotiated between the parties.

Statutory redundancy is not taxable; ex gratia payments are.

You can access a redundancy calculator on the website of the Department of Social Protection to calculate your redundancy entitlements.

Here’s an excellent guide to the redundancy payments scheme from the Department of Enterprise, Trade and Innovation. It dates from 2010 but, nevertheless, explains redundancy very well. Do check with a professional-solicitor or accountant-for any changes since then, though.

The December, 2012 budget made some significant changes re

Since January, 2013 there is no employer rebate in respect of redundancy. See Department of Social Protection.

Disputes about redundancy payments and entitlements are dealt with by the Workplace Relations Commission.