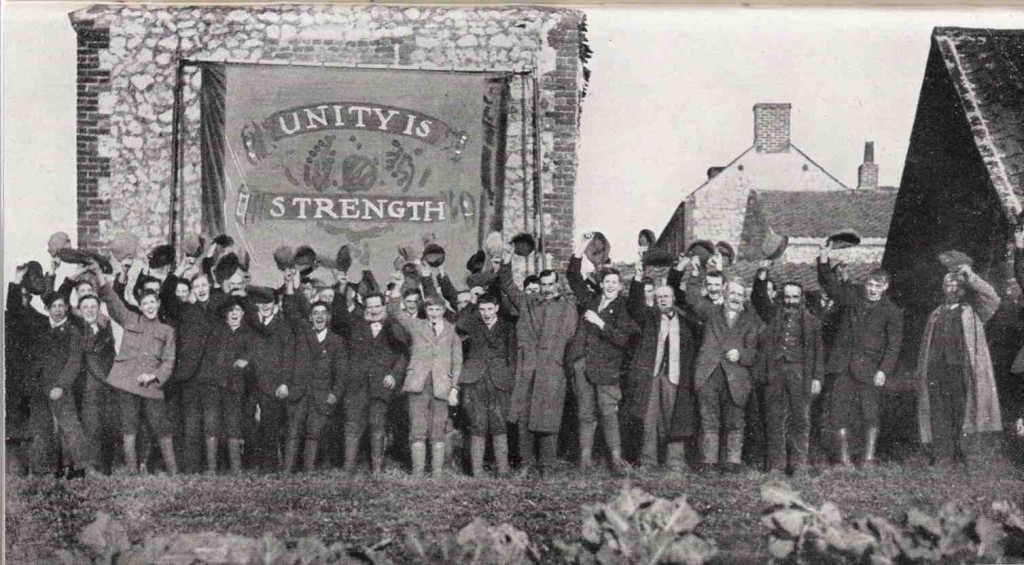 What follows is a general overview of industrial relations and trade dispute law in Ireland.

Irish employment law is still based on the individual contract and trade dispute law is no exception.

In practice many terms and conditions of employment are negotiated between employers and trade unions on a collective basis.

1. What is the legal position re collective agreements?

2. Can individual contracts of employment be varied by negotiations between trade union and employer?

The test to be applied as to whether a collective agreement between trade union and employer is legally enforceable or not is the objective test of whether the parties intended to create legal relations. (O’Rourke v Talbot (Ireland) Ltd [1984]

The alternative is that the parties did not intend to create legal relations but came to an agreement based on optimistic aspirations to regulate their interaction on an orderly day to day basis.

Each case would be judged on its particular circumstances to ascertain what the intention of the parties was.

However the predominant view is that a collective agreement arising out of collective bargaining is not legally enforceable as Barrington J accepted that “generally speaking” such agreements did not contemplate legal relations. (However see Registered Employment Agreements below)

Individual contracts of employment can be varied or added to through negotiations and collective bargaining unless individuals have made it clear that they did not intend or wish to be bound by the change/addition.(Goulding Chemicals Ltd v Bolger, Supreme Court[1977])

Registered employment agreements are negotiated between trade unions and employer in a particular industry and are provided for in the Industrial Relations Acts. They can be registered with the Labour Court and once registered they are legally enforceable on employer and employees in the particular class of worker the subject of the agreement.

However this  situation has now changed with the decision of the Supreme Court 9th May, 2013 ruling such registered employment agreements (REAs) unconstitutional.

The Trade Union Acts 1871-1990 regulate the rules of trade unions and provide for a system of registration of trade unions. In return trade unions are protected from prosecutions for economic torts including anti-competitive practices such as attempting to fix wage rates.

Even if the contract of employment does not contain a specific contractual provision that the employee’s trade union will be recognised there may be an implied right recognition where the employer is dealing with, or had dealt with, that trade union.

In Ireland there is no general right to strike; rather, there is a freedom to strike in certain circumstances which confers immunities from legal restrictions on industrial actions and strikes.

Trade disputes are provided for under the Industrial Relations Acts and are very broadly defined but Irish employment law is still based on the individual contract and trade unions are seen as supporters and advisers rather than leaders of collective action.

The Section 3 Industrial Relations Act, 1946 defines a trade dispute as:

This was amended by the Industrial Relations Act, 1990:

23.—(1) In the Industrial Relations Acts, 1946 to 1976, and this Part, “worker” means any person aged 15 years or more who has entered into or works under a contract with an employer, whether the contract be for manual labour, clerical work or otherwise, whether it be expressed or implied, oral or in writing, and whether it be a contract of service or of apprenticeship or a contract personally to execute any work or labour including, in particular, a psychiatric nurse employed by a health board and any person designated for the time being under subsection (3) but does not include—

(a) a person who is employed by or under the State,

(b) a teacher in a secondary school,

(c) a teacher in a national school,

(d) an officer of a local authority,

(e) an officer of a vocational education committee, or

(f) an officer of a school attendance committee.

The Industrial Relations Acts confer immunity on workers and their representatives only if they are acting “in contemplation or furtherance of a trade dispute”. This is known as the Golden Formula.

The preconditions to lawful industrial action are:

The Acts also go on to set out various provisions re picketing, where picketing can take place, placards and documentation, secondary picketing, inducing or threatening a breach of contract, balloting and other matters.

Section 20 is often used when an employee is unfairly dismissed but does not have the requisite 12 months’ service under unfair dismissal legislation, and in disputes concerning union recognition.

The Industrial Relations (Amendment) act 2001 and the Industrial Relations (Miscellaneous Provisions) act 2004 introduced a departure into Irish law from the voluntarist system of resolving disputes by giving the Labour Court the power to make binding determinations on pay and conditions of employment regardless of the views of the parties.

However the Supreme Court decision in Ryanair v The Labour Court [2007] has resulted in far fewer cases being taken under this new legislation. However it does provide a mechanism for employees who are not represented by a trade union to vindicate their employment rights.