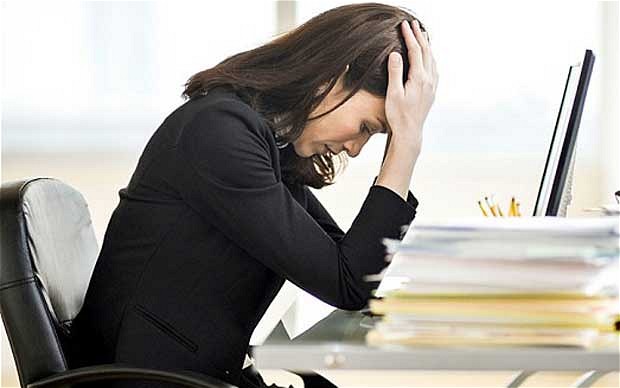 Many employers believe, wrongly, that they can easily dismiss an employee once they are still within the probationary period.

Even employees on probation are entitled to natural justice and fundamentally fair procedures.

While the employee may not have the necessary service (12 months) to avail of the protection of the Unfair Dismissals Acts 1977-2007, a claim can be made under the Industrial Relations Act, 1969 (as amended) for unfair dismissal.

There is no service requirement under this act.

You can refer a complaint to the Workplace Relations Service under section 13 of the Industrial Relations Act, 1969. However, if one party to the dispute objects in writing to the investigation the adjudicator cannot investigate:

Also, you can refer a dispute to the Labour Court under section 20(1) or 20(2) of the Industrial Relations Act, 1969. However, the Labour Court’s recommendation is not legally enforceable unless both parties have agreed prior to the hearing to be bound by the outcome. Then either party could sue the other party on foot of the undertaking for breach of contract.

Section 13(9) of the Industrial Relations Act, 1969 allows for an appeal from a decision of the Rights Commissioner where a party has referred a dispute under section 13. This occurred in the case below:

In IRISH POSTMASTERS UNION- AND -A WORKER the Labour Court awarded the appellant €30,000 and overturned the decision of the Rights Commissioner’s decision that the employer was not in breach of contract when terminating employment while the probationary period was still in place.

adhere to either its own disciplinary procedures or be bound by the provisions of the Code of Practice on Grievance and Disciplinary Procedures S.I. No 146 0f 2000 because he was on probation, was misconceived.

Here is the full decision of the Labour Court:

The matter before the Court concerns an appeal of a Rights Commissioner’s Recommendation, which found against the Worker’s claim that his Employer unfairly dismissed him.

The Appellant submitted that the dismissal which occurred during his probationary period was unfair and was conducted without due regard for fair procedures. He held that he was not given a right to reply, he was denied the right to be represented and he was not afforded the opportunity of an appeal against the termination decision.

In its defence the Employer submitted that the Appellant was treated in accordance with his contract of employment, which provided for an ongoing review of his performance and included a clause, which stated, “Either party may terminate employment during the probation or at the end of the probation period.”

The Employer submitted that while there were no disciplinary issues with the Appellant, concerns did emerge about his overall suitability for the position and it was decided to extend his probation. When he objected to such an extension, it was decided to terminate his employment, and pay him three months salary in lieu of notice, as per his contract of employment.

The Court has carefully considered the written and oral submissions of both parties. It is clear to the Court that the rationale behind the termination of employment was the Employer’s error in appointing the Appellant to the position in the first place and it consequently sought to extricate itself from that contract.

In all the circumstances of this case, the Court finds that the Employer’s decision not to adhere to either its own disciplinary procedures or be bound by the provisions of the Code of Practice on Grievance and Disciplinary Procedures S.I. No 146 0f 2000 because he was on probation, was misconceived.

Consequently, the Court finds that the dismissal of the Appellant was unfair. The Court finds in favour of the appeal and overturns the Rights Commissioner’s Recommendation.

The Court recommends that the Appellant should be compensated by the payment of €30,000 in full and final settlement of the claim before the Court. For the avoidance of any doubt this recommended payment is in addition to the three months pay in lieu of notice already paid.

The Court so decides.

Signed on behalf of the Labour Court

It is advisable therefore for the employer to adhere to its disciplinary policy or, if this does not apply during the probationary period, a probationary policy should be in place and which should broadly follow the principles of fair procedure set out in the Code of Practice on Grievance and Disciplinary Procedures and the rules of Natural Justice.

Furthermore, section 20(1) of the Industrial Relations Act, 1969 provides for investigation of the dispute at the request of the worker(s), provided he agrees to accept the recommendation:

20.—(1) Where the workers concerned in a trade dispute or their trade union or trade unions request or requests the Court to investigate the dispute and undertake or undertakes before the investigation to accept the recommendation of the Court under section 68 of the Principal Act in relation thereto then, notwithstanding anything contained in the Principal Act or in this Act, the Court shall investigate the dispute and shall make a recommendation under the said section 68 in relation thereto.

Extending the Probationary Period and Termination of the Employment

To extend the probationary period of an employee there must first be provision for an extension, either in the contract of employment itself or in the staff handbook.

Probationary review meetings should be held during the probationary period with the employee being given feedback as to how they are performing and any areas requiring improvement.

The employee should be advised in writing of the need to extend the probation period, the required improvement areas and the review dates to monitor performance.

If the employee is to be terminated he/she should be invited to a disciplinary hearing and given the opportunity to make representations on his/her behalf. The employer should not take a decision to terminate until he has considered these representations.

The decision to terminate and the reasons should be given to the employee in writing.

So, if you are unfairly dismissed during your probation there are 4 options which may be open to you, depending on the circumstances:

Unlike with the Unfair Dismissals Acts, there is no service requirement for any of these 3 options.

Regardless of how it is drafted, natural justice and fair procedures must be afforded to the employee in extending the probationary period or terminating at the end of it.

Word of warning for employees

And if you refer a dispute under section 13 to the Workplace Relations Commission the adjudicator cannot investigate if the employer objects in writing.

That’s not the case with smaller employers, or employers who simply don’t care about adverse publicity, or any other actions you might take to have your decision recognised and enforced.

From an employee’s perspective, and with a view to future employment, it may well be worthwhile to have official recognition that he was unfairly dismissed-even if he was never to obtain a cent in compensation.

This will depend on the circumstances of each case, and a decision for the employee to think carefully about.

You may also be interested in reading advice for employees on probation.