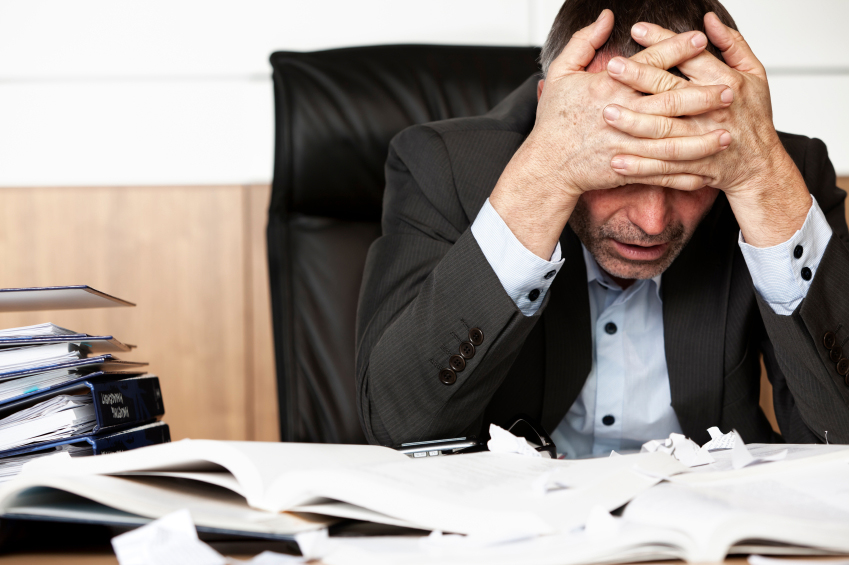 I regularly meet employees who complain of being stressed. And who want to make a claim against their employer as a result.

But it’s not quite that straightforward.

Because of the difference between occupational stress and workplace stress.

A March, 2014 judgment in the High Court in the case Glynn v Minister for Justice Equality and Law Reform (2014 IEHC 135) is well worth looking at because it deals with workplace stress, bullying, and personal injury claims in the workplace.

The claimant was a civil servant and worked in Gort Garda station in Co. Galway. Her claim was that she suffered stress as a result of pressure placed on her in 2005 to complete monthly accounts for the Garda station.

Prior to this incident there were other incidents-not getting on with a Garda who she felt was constantly checking on her-going back to 1996 and she had taken sick leave in November of that year.

She returned on a 3 day week in 1997.In 2004 she was promoted to the position of Finance Officer.

In May, 2005 she worked on the accounts for 4 days during which she suffered considerable stress.

She then raised with Garda Headquarters her concerns about a cheque for expenses in favour of the Superintendent. She claimed the Superintendent told her he would take her job from her if she didn’t do what he told her.

She then went on sick leave for 6 months and returned when the Superintendent had retired from the station.

In cross-examination the claimant admitted that she had suffered from depression prior to the incidents complained of. She also had failed to contact the Employment Assistance Services of the Department of Justice in 1996 re her bullying allegation.

The defence case was that there was no bullying and the Superintendent had no issues with her, nor was there a problem with the expenses cheque.

The Legal Issues and Principles

“…..bullying, workplace stress and occupational stress are all things which, conceptually at least, are quite different from each other, though on occasion they can overlap and coincide. Occupational stress is not actionable given that occupational stress is something which every employed person may experience at some stage of his or her working life and can occur for reasons quite distinct from and unrelated to bullying.…”

The Court noted that workplace stress can be actionable if certain criteria are met. However it is different from bullying insofar as it lacks the degree of deliberateness associated with bullying.

“Workplace stress can also be the result of negligence where excessive demands are made of an employee or where complaints about shortcomings in the workplace go unheeded. It lacks however that degree of deliberateness which is the hallmark of bullying”.

The Court said the following question should be asked in relation to the claim of bullying:

“whether the behaviour complained of, by reference to an objective test, imports that degree of calibrated inappropriateness and repetition which differentiates bullying from workplace stress or occupational stress“

It also referred to the legal definition of bullying set out in Industrial Relations Act 1990 (Code of Practice Detailing Procedures for Addressing Bullying in the Workplace) (Declaration) Order 2002 (S.I. No. 17 of 2002) viz
“repeated inappropriate behaviour, direct or indirect, whether verbal, physical or otherwise, conducted by one or more persons against another or others, at the place of work and/or in the course of employment, which could reasonably be regarded as undermining the individual’s right to dignity at work. An isolated incident of the behaviour described in this definition may be an affront to dignity at work but, as a once off incident, it is not considered to be bullying.”

The Court noted that this definition required an objective test to decide whether bullying had occurred.

The Court referred to Quigley v Complex Tooling and Moulding Ltd [2009] 1 I.R. 349 and the acceptance by the Supreme Court in that case of the definition of bullying or harassment at work as set out in S.I. No. 17 of 2002 above.

Justice Kearns observed that the relevant legal principles for workplace stress were laid down in Berber v Dunnes Stores [2009] E.L.R. 61 (which accepted the practical propostions set out in the 2002 case Hatton V Sutherland [2002] 2 All E.R.1).

These legal principles are:
1. The ordinary principles of employer’s liability apply.

2. The threshold question is whether the kind of harm to the particular employee was reasonably foreseeable: this has two components (a) an injury to health (as distinct from occupational stress) which (b) is attributable to stress at work (as distinct from other factors).

3. Foreseeability depends upon what the employer knows (or ought reasonably to know) about the individual employee. Because of the nature of mental disorder it is harder to foresee than physical injury, but may be easier to foresee in a known individual than in the population at large. An employer is usually entitled to assume that the employee can withstand the normal pressures of the job unless he knows of some particular problem or vulnerability.

5. The indications of impending harm to health arising from stress at work must be plain enough for any reasonable employer to realise that he should do something about it.

6. The employer is only in breach of duty if he has failed to take the steps which are reasonable in the circumstances, bearing in mind the magnitude of the risk of harm occurring, the gravity of the harm which may occur, the cost and practicability of preventing it, and the justifications for running the risk.

7. An employer can only reasonably be expected to take steps which are likely to do some good: the court is likely to need expert evidence on this.

8. If the only reasonable and effective steps would have been to dismiss or demote the employee the employer will not be in breach of duty in allowing a willing employee to continue in the job.

9. In all cases it is necessary to identify the steps which the employer both could and should have taken before finding him in breach of his duty of care.

10. The claimant must show that the breach of duty caused or materially contributed to the harm suffered. It is not enough to show that occupational stress has caused the harm.”

The High Court in this case held that 2 things exercised the plaintiff:

1. a sense of injustice that she, as a civilian employee, was not being paid the same rate as a Garda colleague and

2. the working conditions she had to work in in 1996 (in a portacabin/temporary accommodation).

The Court also observed that there was no acceptable explanation by the plaintiff as to why she did not disclose a prior history of depression and accepted that the Superintendent’s evidence was reliable and credible.

Justice Kearns stated that he could not see that anything in the behaviour of the Garda colleague or Superintendent constituted bullying or harassment.

“the events upon which the plaintiff relies to mount her claim turn on the events of a few short days in May, 2005 a time span more identifiable with a once-off or single incident rather than the kind of ‘repetitive’ and ‘inappropriate’ conduct which constitutes the wrong of workplace bullying or harassment“.

The court concluded that the plaintiff had not made a case for bullying or workplace stress causing or contributing to foreseeable injury or damage. She had no complaints of workplace stress for the eight years between 1997 and 2005.

“Even if mistaken on these issues I would also be of the view that the plaintiff failed to demonstrate that her stress was attributable to the matters she complained of in this case. She had a prior history of stress and depression which was not disclosed until it was uncovered through the discovery process. I believe any subsequent stresses suffered by the plaintiff were attributable both to life events (including the tragic death of her nephew and the death of her father) and, in 2005, to occupational stress only”.

You can read the full High Court decision here.