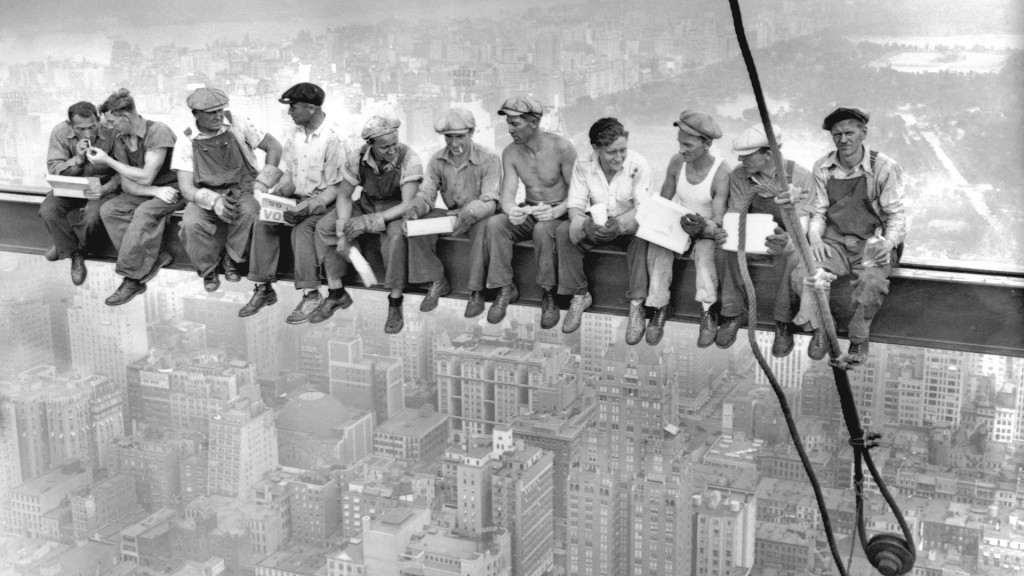 Going to work when you love your job is not too difficult.

I don’t always love my job, but most of the time, thankfully, I do.

Séamus worked on a fishing boat. He suffered an injury on his knee (I think) a few years ago and went for an operation.

When he told his employer he was ready to go back to work there was a problem. His employer told him he couldn’t get insurance for him. What’s more, they had no work on shore for him either.

Séamus’s doctor said he was fine to work and produced a letter stating this. The company doctor also examined him and came to the same conclusion.

But the employer claimed he couldn’t get insurance, so just left Séamus on the sidelines, to “wither on the vine”, as it were.

Séamus brought a claim for redundancy to a Rights Commissioner but the employer won the case. Why?

Because the Rights Commissioner agreed with the employer’s argument that Séamus was still an employee, he just couldn’t get insurance.

A few years later the employer sold off its fishing rights and wound up the business. It paid redundancy to all its employees, save for one: Séamus.

Séamus came to me and we submitted a claim for redundancy. At this stage Séamus had not worked for the employer for a number of years and a liquidator was appointed to wind up the company.

We were confident about one thing, though; Séamus was still an employee. Why?

Because a Rights Commissioner had accepted that argument of the employer a few years before in avoiding a redundancy claim then.

And if Séamus was still an employee he was entitled to redundancy, provided he had the necessary service in the job, which he had.

We submitted a claim to the Employment Appeals Tribunal.

Séamus was awarded a little over €20,000 in redundancy by the Employment Appeals Tribunal earlier this year. As the employer is being wound up by a liquidator his payment will come from the Department of Social Protection under the Insolvency Payments Scheme. (The legislative basis for the Scheme is the Protection of Employees (Employers’ Insolvency) Acts, 1984 – 2004 and associated regulations.)

Kay was bullied in work. The circumstances were that she was the only female employee working in an office with a handful of male colleagues.

Her line manager, and another manger, shared an office with her and thought it was alright to have a laugh at Kay’s expense. Not the occasional laugh, but a consistent, repeated demeaning and denigration of Kay, and her personal mannerisms.

It got so bad that Kay suffered a type of breakdown one day when it all go too much for her. She thought about walking out in front of a bus on the way home.

When Kay came to me she was adamant she could not work there again, that she simply could not trust the two men who made her life a misery.

But she wanted some recognition of the hell they put her through.

We commenced personal injury proceedings against the employer.

There was no certainty that we would win the case, but Kay was adamant she wanted to let them know she had enough and they could not just be let away with it. Besides, she was also now having to give up her job, through no fault of her own.

The company eventually settled the claim by compensating her and Kay felt a great sense of vindication at her “victory”, apart altogether from the financial compensation which was not enormous.

But for Kay, and many people in similar circumstances, it is not about the money.

It’s about standing up and saying, “I count, I’m a human being”.

Svetlana worked in retailing, managing a shop. She was in the job for about 7 years or so, loved her job and never had a disciplinary issue.

One day she was called by a line manager and company accountant to a meeting. She was not told this was a disciplinary meeting, and the company always denied that it was.

However, she was pressurised by three company personnel at the meeting to sign a letter of resignation because she had “made mistakes”.

Sinéad was a student working a summer job in a hotel. She worked in the bar but was badly treated by her supervisor who commented regularly about her weight and, one day, without warning, fired her. Unfortunately, Sinéad did not have the requisite 12 months’ service to be able to bring a claim under the unfair dismissals acts.

For this reason, the employer was not too concerned about the dismissal.

However, she was never given a written statement of her terms and conditions of employment, she wasn’t paid her entire holiday pay entitlement, and there was a question mark over whether she was given her breaks in accordance with the Organisation of Working Time Act, 1997.

We brought claims on her behalf under a number of headings to the WRC. The WRC recognised that this was a case that might be suitable for settlement by mediation.

We agreed, and so did the employer.

Sinéad received a settlement sum which wasn’t huge but for a young girl going to college, it was fine.

Besides, it was never about the money for her-it was about standing up for herself. For any young person, girl or boy, taking this step can be an important one and a good lesson for later on in life.

We don’t win all the cases we bring, naturally, but cases like the ones above make the wins all the sweeter.

Note: all the names above are fictional, although the stories are accurate.