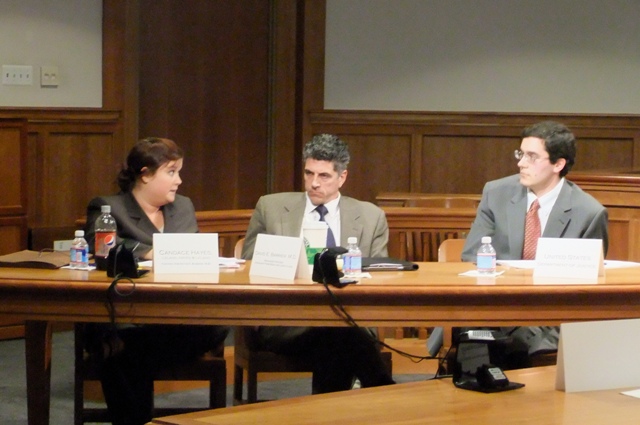 An 1843 case, Henderson v Henderson, gives us a common law rule “that there should be finality in litigation and that a party should not be twice vexed in the same matter”.

Cunningham -v- Intel Ireland Ltd [2013] IEHC 207 is an important decision of the High Court in 2013 which deals with duplication of or parallel proceedings, that is, the bringing of a case arising from the same circumstances in multiple venues; for example, a claim in the Employment Appeals Tribunal for constructive for unfair dismissal and a claim in the High Court for wrongful dismissal/breach of contract/personal injuries.

Intel Ireland Ltd. issued a motion seeking to strike out the plaintiff’s personal injury summons as an abuse of process and/or a duplication of the plaintiff’s equality claim against the defendant and/or for want of prosecution.

The plaintiff’s equality claim (that she was discriminated against on the grounds of gender) was heard but rejected by the Equality Tribunal. The plaintiff appealed that decision to the Labour Court and the appeal was ongoing.

She claimed that the alleged discrimination significantly affected her “health and wellbeing”.

Her personal injury claim in the High Court appeared to relate to the same alleged damage to the plaintiff’s “health and wellbeing”.

There appeared to be no part of the claim in the personal injury summons that was not made to the Equality Tribunal.

(a) shall not be entitled to recover damages at common law in respect of the case, and . . ..”

The rule in Henderson v. Henderson has at its heart the principle that:

The underlying public interest is the same: that there should be finality in litigation and that a party should not be twice vexed in the same matter

“The rationale for the rule in Henderson v Henderson (1843) 3 Hare 100 that, in the absence of special circumstances, parties should bring their whole case before the court so that all aspects of it may be decided (subject to appeal) once and for all, is a rule of public policy based on the desirability, in the general interest as well as that of the parties themselves, that litigation should not drag on for ever, and that a defendant should not be oppressed by successive suits when one would do.”

Thus all matters and issues arising from the same set of facts or circumstances must be litigated in the one set of proceedings save for special circumstances. This is a rule that is of benefit to both plaintiffs and defendants, to the courts themselves and thus to the public interest.

Thus, it is clear from her own pleadings and submissions in the two sets of proceedings that both her employment claim and her personal injury claim arise out of the same matters, i.e. alleged mistreatment in her working environment.

When she chose to create this artificial distinction in the one essential complaint to pre and post-August 2008 by issuing these personal injury proceedings, the plaintiff, in my view, breached the provisions of s. 101(2)(a) of the Employment Equality Act 1998 – 2008 and breached the rule in Henderson v. Henderson. By confining her complaints in one set of proceedings these statutory and common law requirements do not in any way limit the plaintiff’s right to a remedy for those complaints. The Labour Court had and still has at its disposal ample jurisdiction to do so. In particular, as a lay litigant, the plaintiff is far better off having all of her complaints dealt with in the one set of proceedings.

Thus the application of the defendant to dismiss these proceedings must be allowed.

In this case the Defendant brought a motion seeking:

(i) An order pursuant to the Rules of the Superior Courts striking out matters in the plaintiff’s statement of claim said to be unnecessary, scandalous, or which would tend to prejudice, embarrass or delay a fair hearing of the claim;

(ii) Alternatively, in order that the entire statement of claim be struck out on the grounds that the pleadings, inter alia, by reason of the plaintiff pursuing her claims in the Employment Appeal Tribunal as well the High Court therein amounting to an abuse of process, or are vexatious;

(iii) An order that this Court decline jurisdiction to hear the matter pleaded in the claim as no prior authorisation for the proceeding was granted by the Injuries Board.

The court will stay these proceedings until the outcome of the Employment Appeals Tribunal claim which will deal with the question of financial loss (if any) arising from the plaintiff’s dismissal, (if this is established).

Morgan v Irish Horse Welfare Trust [2014] ELR 41 also dealt with the issue of parallel proceedings. At the beginning of the Employment Appeals Tribunal hearing an application was made to have the case adjourned because the claimant had instituted High Court proceedings for personal injury, loss and damage, but which also included a claim for compensation for loss of earnings.

The claimant’s representative opposed this application claiming that there two separate claims, one for personal injury and one for financial loss and both claims were permissible.

The EAT did not agree. It took the view that the claimant was making an artificial distinction between the 2 actions and both actions arose from an allegation of bullying. It adjourned the case pending the resolution of the High Court case.

Bloomfield House sought an adjournment of at least 18 months to allow the civil action to be determined.

The EAT refused the adjournment and stated:

“The Tribunal is absolutely mindful of the desirability of not duplicating proceedings, but must balance this requirement with the honest exercise of its own limited statutory function and jurisdiction.”

“It would be unfair to the Claimant if she was now being asked to put these proceedings on hold for an indefinite and unknowable period of time”.

Duplication of proceedings can be very costly, especially for employers. But there appears to be a certain element of inconsistency as to how these types of cases are dealt with as between the Courts and the EAT.

It would be foolish to try to be definitive and draw firm conclusions as it appears each case will be judged on its particular facts and circumstances.

But a High Court decision of 2015 in Culkin v Sligo County Council appears to indicate that you cannot litigate twice arising from the same set of facts, and refers to the common law rule set out in Henderson v. Henderson (1843) 3 Hare 100.