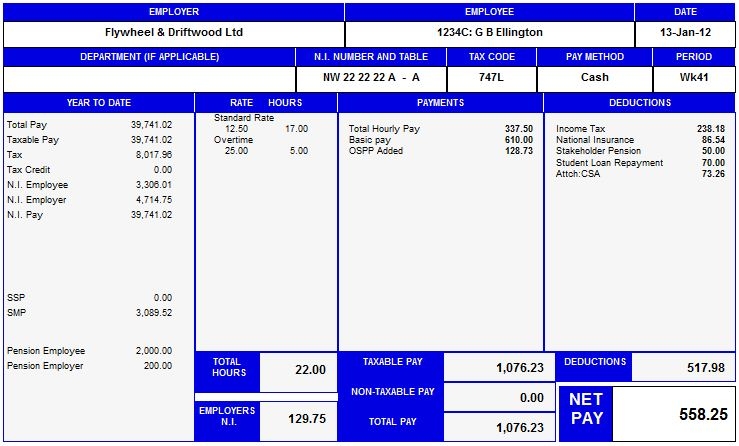 The decision in a recent High Court case-Health Service Executive v John McDermott [2014] IEHC 331-is an important one.

Mr. McDermott was a medical consultant who brought a claim against the HSE under the Payment of Wages Act, 1991 to the Rights Commissioner Service, and then on appeal to the Employment Appeals Tribunal.

Ultimately the HSE brought an appeal to the High Court on a point of law because the HSE claimed that McDermott’s claim was statute barred. The background was as follows:

Salary increases due to McDermott on foot of his contract of employment were not paid from 1st June, 2009 onwards because the Minister for Health and Children did not sanction the increase.

McDermott referred his claim to the Rights Commissioner service on 16th June, 2011, and his claim was that he had not been paid his lawful entitlements between January 1st, 2011 and 30th June, 2011.

The HSE claimed at both the Rights Commissioner and EAT hearings-as a preliminary issue-that the claim was statute barred as it arose from the Minister’s decision of 2009 and this was when the cause of action arose, and it was outside the 6 month time limit allowed.

The Rights Commissioner decided that he had jurisdiction to hear a complaint in respect of contraventions of the Act within the 6 months from 30th December, 2010 to 29th June, 2011.

McDermott was unsuccessful in his claim-but not on the time/statute barred issue-and appealed the decision to the EAT.

The HSE then raised again the question of the claim being statute barred but the EAT agreed with the Rights Commissioner and decided that a new cause of action arises with each and every contravention and that the employee has 6 months from each contravention-a rolling time limit, as it were.

The HSE then appealed the case to the High Court on this point of law: that the claim was statute barred as it was brought outside the 6 months from the date on which the cause of action arose-2009 when the Minister did not sanction the payment.

Justice Hogan in the High Court identified that the key to this case was what the words- on the date of the contravention to which the complaint relates-meant.

He went on to state that the important question was the “date of the contravention to which the complaint relates” and therefore it is critical how the employee frames his complaint.

To elaborate on this point, Justice Hogan stated:

“If, for example, the employer has been unlawfully making deductions for a three year period, then provided that the complaint which has been presented relates to a period of six months beginning “on the date of the contravention to which the complaint relates”, the complaint will nonetheless be in time“.

“if an employer has been making deduction X from the monthly salary of the employee since January 2010, a complaint which relates to deductions made from January, 2014 onwards and which is presented to the Rights Commissioner in June, 2014 will still be in time for the purposes of s. 6(4).”

Justice Hogan also noted that a rolling time limit was not unusual in the law.

Justice Hogan decided that the EAT was correct in deciding that the complaint in “the present case related to a period of time (January, 2011 to June, 2011) which was presented to the Rights Commissioner on 16th June, 2011, within the six months time limit in respect of this particular complaint”, and was not time barred.

He dismissed the HSE appeal and referred the case back the EAT for the substantive issue to be decided.

A useful decision on this point is one of the Labour Court issued on 11th July 2019 in Elsatrans Limited and Joseph Tom Murray.

This case applies the decision of the High Court case Health Service Executive v John McDermott [2014] IEHC 331 in respect of when the 6 month time limit applies to a claim under the Payment of Wages Act 1991.

In the Elsatrans Limited case the employee lost because of the way his complaint was framed when first submitting it to the WRC. The relevant six month time period for the purposes of the complaint, because it was submitted to the WRC on 26th May 2016 was from 27th November 2015 to 26th May 2016.

But the complaint submitted referred to 10th November 2015:

“The Applicant’s contract entitles him to payment for sick pay while out sick due to a work-related illness. The Applicant was out sick from work from the 10th of November, 2015 through to the 30thof March, 2016 as a result of work-related stress. The Respondent Employer has refused to pay the Applicant his wages for this period.”