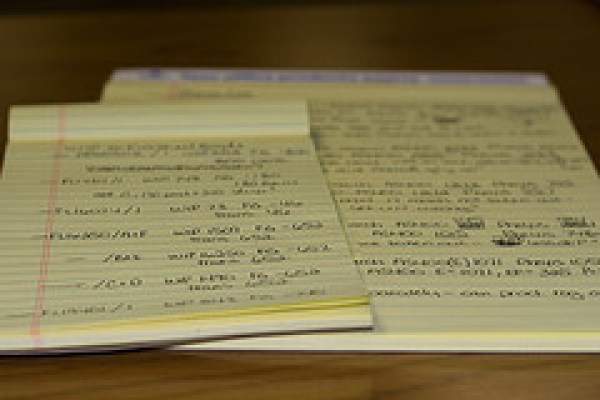 Let’s call a spade a spade.

If you are at a WRC hearing and you have a well constructed legal argument prepared, based on syllogistic reasoning, you can be easily set back on your butt.

First, let me explain what syllogistic reasoning is.

Syllogistic reasoning involves a logical argument based on deductive reasoning. It involves

Let me give you an example.

In this example you can reasonably conclude from the major and minor premise that Mick will die one day.

The major premise is generally the rule, the minor premise is the facts of this particular case. And then you have reasonable, logical conclusion based on applying the rule to the facts.

This is how many legal arguments will be constructed. Let’s take a real world example in the area of employment law.

Let’s accept the major premise that to terminate someone’s employment without any reason or notice after they have 12 months service is unlawful because it constitutes an unfair dismissal.

And let’s say the facts of a case are that this is precisely what happened Maureen-she was fired one Monday morning by her boss, Terry, without any explanation and told to pack her things-then you can reasonably conclude that Maureen has an extremely strong case on the grounds of unfair dismissal.

Let’s assume you are Maureen and you go along to the WRC hearing and represent yourself in your unfair dismissal claim. Then a strange thing happens.

Terry starts giving evidence and explaining what happened and breaks down uncontrollably. Terry tells how his wife was diagnosed with cancer two weeks before the incident, he wasn’t himself, did not know what came over him, the Revenue Commissioners carried out a raid on his garage on foot of a malicious complaint from a former disgruntled employee, and his dog died.

The WRC adjudicator just happens to be a middle aged man around the same age as Terry and his wife, coincidentally, was diagnosed with cancer 9 months before. The adjudicator is visibly shaken by Terry’s story and has a great degree of sympathy for him.

In fact, he adjourns the hearing for 15 minutes to gather his thoughts, and let Terry compose himself. When the hearing resumes the adjudicator turns to you and suggests that settling the case might be in your best interest.

What would you do?

This story has exaggerated facts to illustrate a point. No matter how strong you think your legal argument is a strong emotional story can be hard to overcome, especially if two things are present:

We know, for example, that when an adjudicator at the WRC or a Judge in court is faced with a conflict of evidence he/she will have to choose which version of events he/she prefers.

And that may well turn the case in favour of one party or the other. The Adjudicator decision may well contain a line, “there was a conflict of evidence between the parties and I preferred the evidence of xxxx”.

Therefore no matter how strong you feel your case is and no matter how well you have constructed your legal arguments you may run into a situation where the outcome is far more unpredictable than you expected.

Throw in the fact that each WRC adjudicator is entitled to conduct the hearing however he chooses and it can be a frustrating and unpredictable process. For example, I have been involved in hearings where cross examination of the main witness was not permitted; in other cases it was actively encouraged.

Sometimes, no matter how strong your case, the smart thing might be to retreat from an “all duck and no dinner” approach, and settle it. Especially when you feel that the other party’s version of events is-rightly or wrongly-more likely to be accepted by the adjudicator.

Much of the skill and wisdom involved in any case is required for this type of decision, not necessarily or solely to prosecute or defend the case based on the legal reasoning.